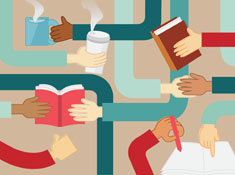 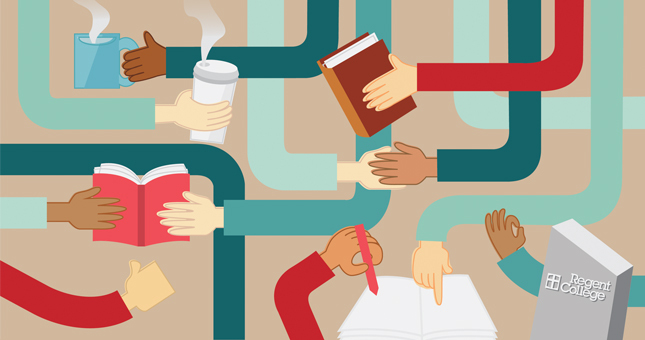 What is the Regent World?

Rod Wilson, PhD, has served as President of Regent College since 2000. Originally trained as a clinical psychologist, Dr. Wilson pursued theological training after completing his doctoral work. For the past thirty-five years, he has been involved in the field of counselling and consulting, pastoral ministry, and teaching and administrative roles in higher education.

In recent years, has a day gone by when you have not heard the word “world” and its first cousin “global?” Used as adjectives in various situations—world record, world championship, world authority, and world class stand alongside global poverty, global village, global partners, and global warming. No one is quite sure what is actually being assessed and who has determined what makes anything worthy of the term “world” or “global.”

And for those of us who are Christians, the biblical record adds more layers to the word “world”. In some places, we read God loves the world (John 3:16), in others we are told if we love the world the love of the Father is not in us (I John 2:15), and that God’s presence makes the earth and the world tremble (Nahum 1:5). We are reminded that God made the world (Genesis 1:1; John 17:24), the whole world is under the control of the evil one (I John 5:19), but God rules the world with righteousness (Psalm 9:8). Like Jesus, we are to be in the world but not of it, a relatively simple distinction when preaching or teaching John 17:13-16, but a much more difficult ethic when you seek to live it out in the messiness of life.

Our English word “world” finds its etymological roots in two Old English words, wer meaning “man”, and eld meaning “age”, providing a meaning that focuses more on “world” as age or civilization, or the age of man. The biblical record is rich with multiple meanings and theological implications for the word “world”, and a study of three New Testament Greek words—aion, oikoumene, and kosmos—leads to various trajectories that stimulate renewed understanding, actions, and attitudes.

When we produce the Regent World, we are seeking to communicate that the breadth and depth of Regent College may flow from our foundation on the west side of Vancouver, but our scope and impact goes much further afield into the world. Graduates and students who have taken courses, along with conference attendees and those who have sampled other aspects of Regent College, have come from different areas of the world. They carry out their kingdom work in many geographical locations and, because of their Regent experience, they bring a global sensibility that sees the world as their marketplace. We who are residents here in Vancouver do not simply teach them—we strive together to respect each other’s unique approach to culture, church life, discipleship, and customs.

With this perspective, we are aware of triumphalistic and imperialistic educational paradigms that imply white, Western men are the sole custodians of gospel truth. We flee from paternalistic and patronizing notions that the West and the North have the most to offer and nothing is to be gained from the East and the South. We negate modes of learning that elevate cultural hierarchy and eschew systems that do not value mutuality and reciprocity across cultures.

In my thirteen years at Regent, I have seen the College gain immeasureably from Christians engaging God’s kingdom in:

Coming to Canada as a child from Dublin, Ireland, I have learned the benefits of two cultures. As President of Regent College, I have experienced the benefits of multiple cultures, particularly when those cultures gather in Vancouver and then scatter to the four corners of the earth. Hopefully this Regent World will stimulate your interest in a world perspective on the Christian faith and cultivate renewed interest in Regent College as a place where diverse people, backgrounds, and denominations encounter and learn from one another in transformative ways.