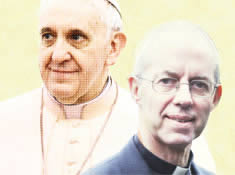 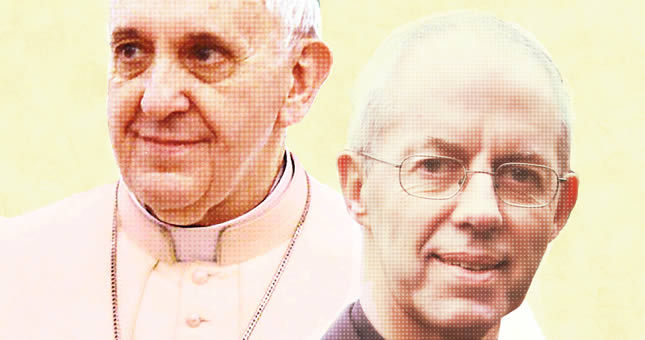 Lessons from Pope Francis and the Archbishop of Canterbury

Rod Wilson, PhD, has served as President of Regent College since 2000. Originally trained as a clinical psychologist, Dr. Wilson pursued theological training after completing his doctoral work. For the past thirty-five years, he has been involved in the field of counselling and consulting, pastoral ministry, and teaching and administrative roles in higher education.

The recent inauguration of a new pope and the installation of a new Archbishop of Canterbury are instructive for those of us who hold to a faith rooted in the triune God. Whereas much of the culture seems to view faith as an impediment to human flourishing or as something that should be limited to the private and personal arena of life, the succession events in these two worldwide Christian churches focused on a faith that is connected with the larger issues of life in the global context.

When former Argentine Cardinal Jorge Mario Bergoglio was elected as Pope Francis, he assumed the name of the thirteenth-century saint who chose a life of poverty and adopted an approach to faith that was engaged with the earthy realities of those who were on the margins, as well as showed a strong affinity to animals and the environment. Saint Francis measured the nature of his faith not only by its inner depth but also by its connection with the broader realities that were under the canopy of God’s care.

Not surprisingly, Pope Francis made these remarks in his inaugural Mass:

"It means protecting all creation, the beauty of the created world... It means respecting each of God's creatures and respecting the environment in which we live….It means protecting people, showing loving concern for each and every person, especially children, the elderly, those in need, who are often the last we think about…To protect creation, to protect every man and every woman, to look upon them with tenderness and love, is to open up a horizon of hope.”

In other words, a faith that is vital and effective will bring hope because it looks at all aspects of God’s creation, engages with each of his creatures, and does that with a spirit that is protective, tender, and loving.

When Justin Welby, the treasurer of Enterprise Oil, left that field to train as a priest, it is unlikely he envisioned he would end up becoming the Archbishop of Canterbury. But that, in fact, is what happened in March, as he was sworn in as the spiritual leader of the Anglican global communion and head of the Church of England. Not surprisingly, the installation service had an African element to it, reflecting the Archbishop’s work there through the oil industry as well as his work in peace and reconciliation on that continent.

His initial sermon also reflected a faith that was expansive and integrative, seeking to engage with global realities.

"The present challenges of environment and economy, of human development and global poverty, can only be faced with extraordinary Christ-liberated courage…Courage is released in a society that is under the authority of God, so that we may become the fully human community of which we all dream…If we sever our roots in Christ we abandon the stability which enables good decision-making….There can be no final justice, or security, or love, or hope in our society if it is not finally based on rootedness in Christ."

In other words, courage rooted in a relationship with Christ has something to say about the environment, the economy, human development, and global poverty. While never having the leadership status of a pope or an archbishop, Jim Houston—one of Regent’s founders and its first Principal—has spent his life advocating that Christians need to bring their faith commitment to all aspects of God’s creation. Growing out of his conviction and that of others standing with him, the past 44 years of Regent’s curriculum, conferences, and publications have sought to articulate what it means to link faith with a vast array of subjects that are often left to our secular friends and frequently ignored by Christians. This issue of The Regent World continues in that tradition.