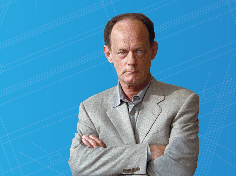 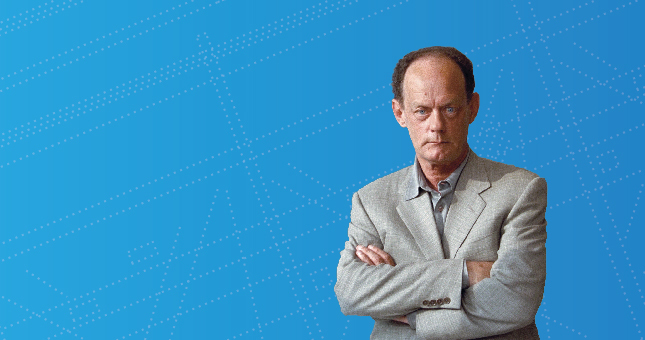 The Doctrines of Our Age

Veronika Klaptocz is a writer and editor in Regent College’s marketing and publications department, and the managing editor of The Regent World.

A Conversation with Rex Murphy

On October 25 and 26, 2012, Rex Murphy delivered a series of three talks as part of the Laing Lectures to a packed First Baptist Church in Vancouver. Murphy challenged the audience to reflect on which aspects of modern secular thought have assumed the authority and deference of “doctrine” in the public square, supplanting traditional faith.

RW: I’m intrigued by the lecture series title, The Hollowing Out of the Christian Consensus. What did this consensus actually look like?

RM: In the broadest possible sense, for millennia-and-a-half or more, in the Western world obviously, it’s been a Christian civilization. For good or ill, it has been that. To locate the consensus I’m speaking about, there’s a series of three books by an English historian Maurice Cowling. He examined English thought from 1840 to about 1970, as engagement at the level of the university, the public press, the public intellectuals, and others, between the forces of traditional Christianity and very loosely what we call modernism. For example, if you were to read some of Samuel Johnson—the great dictionary maker, great essayist, great critic—you’d be reading a fundamentally Christian writer. He was an exemplary figure within what I would consider the Christian understanding.

RW: When do you think Christianity began to be pushed out of the public realm in Canada?

RM: I’d like to give examples from home. Post-confederation (post-1949), Newfoundland was profoundly and traditionally religious. You had seven major denominations, which ran the schools. I grew up for example in the school system run by nuns. Nowadays, there are no religious schools in Newfoundland. If you go back to the 1960s, I remember an early book that Pierre Burton wrote, The Comfortable Pew, when you could still raise questions about the faith and had faith columnists. So I think in general the retreat of the Christian understanding began as in most places in the mid-1960s.

When it comes to politics, I’d say the 1980s and 1990s, when Canadian politics begins to overlap American politics. Then there became more of a separation between church and state, which is a US doctrine but somehow seems to have the force of reality in Canada as well. And you have this rather sharp demarcation that churches should stay in their realm and politics in theirs. But I find that politics is very often in the realm of morality whether it likes it or not. And very often must tread on the same ground as the churches. So I think the churches have some standing if they want to represent their own interests as much as politicians.

RW: Is there anything Christians could have done to prevent this shift, or was it an inevitable evolution of ideas and values?

RM: Oh, they have. Cowling has a section called “Accommodations.” Over time there have been adjustments and accommodations—trying to accord with the spirit of the times. The United Church for example has become a social justice agency. They think that by becoming more explicitly concerned with the issues of politics, the issues of the world, that somehow this aversion to the religious thing might be passed by. Others, like Catholicism, have fought a stronger battle. They said that at least on our principles, we’re going to be harder line than others. So they resisted, but not without friction. But both the resistance and the accommodation have still meant an overall retreat for Christian presence.

RW: Is there anything Christians can do now? What kind of action, or attitude shift, do you hope to elicit from your audience?

"The Sea of Faith
Was once, too, at the full, and round earth's shore
Lay like the folds of a bright girdle furled.
But now I only hear
Its melancholy, long, withdrawing roar,
Retreating, to the breath
Of the night-wind, down the vast edges drear
And naked shingles of the world."

He’s already noting that the pillars on which the world has been founded since Christ-time—that framework is over. Or severely assaulted, severely challenged.

Now I’m not here to say right or wrong, I’m just drawing attention to it. But I am saying we should be very precise in our thinking about the forces at play in our own world. And how much greater we give secular morality sanction and warrant while we denigrate or even mock the moralities that emerged from traditional religion. I’m not so sure the game is so entirely over that people can simply laugh at 1900 years of legacy.

RW: What do you see as some of the tenets of “modern secular thought”?

RM: One of the great features of modern secular thought is human rights. My speculation about my personal identity is a human right. I get offended in a comedy club and I go to the Human Rights Commission. So human rights are a territory where the original concept has been so diluted and so watered down, but it’s not to be challenged. If I say to you it’s a human right, you certainly aren’t going to argue back at me. In the old days we could have said it’s a matter of manners.

The other is environmentalism in all its manifestations, but particularly at the edge where environmentalists start to prize the physical landscape of this one planet more than the people on it. When they invest in natural things all this manic power—they say the earth is a kind of self-healing goddess. If that was a belief 1500 years ago, they’d be laughing at us.

Diversity. When was the last time you heard someone saying there’s too much diversity? Actually, there is. Diversity is only the obverse side of continuity and union. There has to be commonality that gives the diversity something to hang up in. But there’s a dogma now that if there are more different things than common things, that’s somehow richer, brighter, better. Maybe in some cases, but in other cases it isn’t. The problem with the Tower of Babel is that it got so extremely diverse that they couldn’t finish it.

Sexual license. The idea that sexual expression in all its ramifications is one of the great releases and gifts of all life. Anyone to suggest that our current culture is too ripe, or too absorbed, or too obsessed with sexuality would be laughed outside the room and called a prude.

And political correctness, the biggest one of all. That’s the enforcement mechanism for the new dogmas. You can deplore capitalism, but never, never, never say anything nasty about a person of another colour or race. When you have words being mistaken and offence being taken, the Human Rights Tribunal is called in. It’s shameful we have this apparatus curbing our own social dispositions. When you outlaw manners, you have to bring in law. It shows you how absurd rationality can get.

RW: What, in your view, does a healthy and mutually beneficial relationship between faith and politics look like? Is such a thing even possible?

RM: I think the ideas of all parties [should be given fair treatment]—and it’s the doctrine of our age that we’re pluralist. But I’m not so sure we are. I think we favour certain [ideas] and we work to make sure they get an easier ride. And I’m not actively Christian. But I do not believe that the thoughts and findings and sentiments and instruction of thinking belief that has been articulated by some of the greatest, finest minds in 1900 years are suddenly an object to dismiss. I know there’s great stuff and much to be learned. And the idea that we here with our iPhones and new gadgetry are somehow translated to a superior intelligent zone I just think ludicrous. We have very much to gain by looking at the struggles of mind and the gifts of mind of people before. And I think in the current regime, Christianity doesn’t get a fair airing. And that’s what I’m calling for.