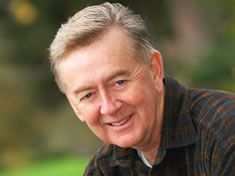 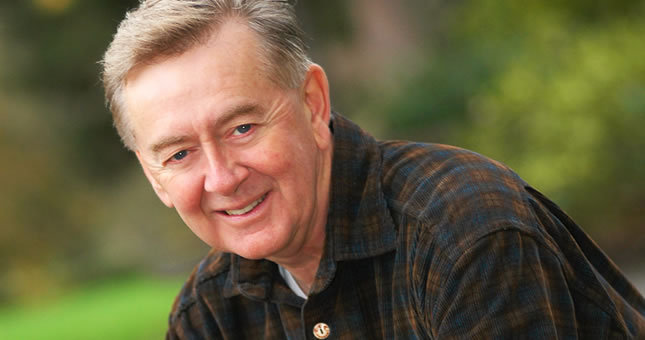 What Does It Mean To Be a Christian and an Elected Politician?

Kathy Kwon (MDiv ’11) is the Administrator and Communications Manager for the Marketplace Institute at Regent College.

Veronika Klaptocz is a writer and editor in Regent College’s marketing and communications department, and the managing editor of The Regent World.

A Conversation with Preston Manning

Preston Manning became the first Senior Fellow at Regent’s Marketplace Institute in January 2012. As part of the appointment, he delivered a public talk at Regent on January 25, "Bringing Faith to Bear on the Public Issues of Our Time," while The Honourable Mary Polak, MLA, Minister of Aboriginal Relations and Reconciliation, gave a formal response to his lecture on behalf of BC Premier Christy Clark. We asked Preston Manning to comment on some of the challenges facing Christians in elected political office.

RW: The situation is that many Canadian Christians are disengaged from the political process. In your view, what does the notion of civic duty have to do with being Christian?

PM: I do think Christians—because they are citizens of a country—have an obligation to be involved in the politics of their country. I don’t support the view that because it is (or can be) a dirty game that you shouldn’t have anything to do with it. Because if people of faith won’t, then they’re turning the entire political arena over to people who have no appreciation of the spiritual dimension. You can hardly criticize what has been done if there was no attempt to be salt and light in that arena.

I would suggest to those pursuing public office to put on some public domain what their most deeply held values are, and if they’re Christian, say so, so that people can’t say you weren’t transparent about it. It’s incredibly important to identify and communicate your deepest values in advance of an election, because they will dictate how you approach your public office.

RW: Why do you think so few young people in particular are engaged in politics in Canada?

PM: There is a declining participation generally in elections, declining respect or regard for democratic institutions, parties, candidates. Older politicians tend to ask, “what can we do to get young people involved in our party, in our issues?” But that’s the wrong question. These younger people are interested in various issues and goals, but they are not connecting with the politics of older generations. So a better question is “what are we going to do to connect our parties, candidates, and institutions to what our constituents, particularly young people, are interested in?”

To Conservative politicians who take a defensive view on the environment, I would say that the environment is one of the few “public issues” that young people are really interested in. And to talk about foreign policy and international activities as if only a select group of elites are interested in those topics is a mistake. Young people are interested in international poverty, AIDS, and so on, but they need to see a connection between those subjects and their government and its policies.

RW: In your talk on January 25, you advised young people interested in getting involved in politics to spend more time nurturing their relationship with God, and less time on the intellectual examination of a particular issue (using a ratio of one to three). When and how did you come to this realization?

PM: My wife Sandra has been taking an MA program at Regent and has become more familiar with the spiritual discipline tradition, so I became more aware through talking to her. Spiritual discipline was not part of my tradition, not in a rigorous way. Second, in a variety of contexts, I’ve spent a lot of time trying to figure out the intellectual answer to how faith relates to various spheres such as the environment or business. And this is important, but it’s only one side of the picture.

There’s a particular danger if you’re an intellectual or at an institution of higher learning that you could be neglecting the call to “be,” as distinct from the call to “do” or the call to “think.” I never encountered this (the role of spiritual disciplines in personal formation) when I was active in the political sphere, partly because of the constant pressure to “do.” And it does depend on what religious tradition you come from. Some traditions emphasize developing the inner life. More than others, evangelical communities tend to neglect that—the emphasis is more on evangelism, it’s more outwardly directed.

RW: Part of the problem is also that as Christians, we are divided on certain issues. There is rarely one “official Christian stance.” Or if there is, there are people who profess to be Christians but who hold an opinion that is contrary to that stance. How do we deal with those internal divisions and contradictions?

PM: If Christians really do believe that we have a unique model for reconciling different perspectives, we ought to be better at applying that within our own communities. There is the necessity of mediators that understand both sides and can bring about peace, even at the expense of sacrificing their own interests. I don’t see a lot of Christians who are mediators. Second, in the political arena, we can build coalitions. If there are four or five points on which we can agree, we work on those and we don’t deal with the other things. So we need to more rigorously practise the doctrine of reconciliation outside the church, as well as learn to practise coalition-building Christianly.

RW: How does your background as a member of the Conservative party influence what you do now?

PM: Christian convictions and commitments should transcend your political values. But if you’re operating in the political arena, you can’t avoid associating with a political party. You can’t pass a law in the House of Commons if you can’t get 155 votes (a majority) together. If you abolish all the parties today, you’ll have new ones forming tomorrow. So I tend to resist suggestions that you shouldn’t have partisan affiliations, because then you can’t operate in the real political world of federal or provincial politics. But as a Christian, you then need to subject all those associations to what your faith teaches you about the right positions to take, and how to conduct yourself as a believer in a secular arena.

RW: And what happens when your faith teaches you to take a different stance from that advocated by your party?

PM: There is little freedom in our parliamentary system because party discipline is so strictly enforced. The most important thing is to think through what your theory of democratic representation is before you get there [to parliament]. There are three main models of representation.

The trustee model, advocated by Edmund Burke, is that you represent your own personal convictions and judgments.

The mandate model is based on the idea that you run for election on a platform and a set of principles, and once elected, that’s what you go by (the party’s position).

The delegate theory is that you’re a delegate of your electors. If your electors feel strongly about something, and that position can be determined, you represent that.

In practice, it’s a matter of balancing all three. The difficulty arises when these models come into conflict. The party that I was involved in forming stated that your highest obligation was to your constituents’ view, even if it went against your own. So you had to exercise your leadership by trying to convince your constituents that their view is not the best option and that there is another possible course of action. In my experience, if I couldn’t do that, I would vote in line with my electors’ position, but I would let them know that I didn’t share their view, and that if forced to represent them on such issues very often, we would come to a parting of ways.

Also, I tell Christian candidates that if, on certain issues, you can’t vote for something you personally don’t believe in, tell your electors that before you are elected, not afterward.

RW: You talked about the need for a spiritual awakening in our society. What would that look like?

PM: The biggest problems and challenges facing individuals and society are not ones that can be solved by politics. The intense human desire to be intimately known and loved won’t be touched by some political program or be solved by the marketplace. People’s deepest needs require a spiritual solution and a relationship with God, and a spiritual awakening is required to create that awareness.