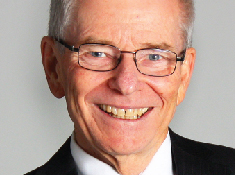 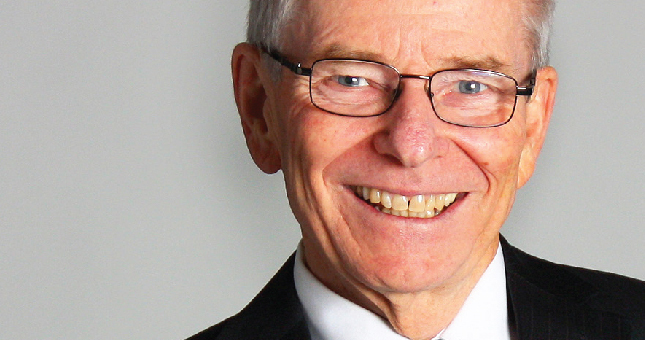 Susan Wilkins is currently completing her MCS at Regent College in the Christianity and the Arts concentration. For her final project, she is asking the question, "What does a gospel-shaped story look like?" and writing a spiritual memoir. She holds a Bachelor of Arts degree in English literature and writing.

A Few Moments with Darrell Johnson

We keep hearing it over and over again: the church is “hemorrhaging” its youth. The reasons offered are many. Millennials are too busy making a way for themselves in the world to go to church. They’re frustrated with the church’s conservative take on social justice and sexuality. They don’t feel listened to or welcomed by their church congregation. But is the situation really as dire as the studies and media hype suggest? To gain some perspective, I approached the best resource I could think of: Darrell W. Johnson.

Darrell Johnson is the Senior Minister at First Baptist Church in downtown Vancouver. He has pastored for over forty-five years in churches all over the world, is the author of several best-selling books, and is a Teaching Fellow and Sessional Lecturer at Regent College, where he taught as an Associate Professor of Pastoral Theology from 2000 to 2009.

One might expect someone of Johnson’s stature and experience to insist on being listened to. Instead, his posture is one of listening to others—not just in our interview, but in the context of his pastoral work: “I want to know what these young people are thinking, so that I know what texts to bring to their questions.”

Perhaps because of this posture, he’s brimming with ideas and excitement instead of complaints. “There are some things millennials bring that are new and fresh and that I’m excited about. They bring a greater expectation for authenticity. Millennials know it’s a messy world and they want a word from somebody who knows it’s messy. They bring a greater expectation for a genuine encounter with God, which I think is reflected in the music that many people find problematic. That high-energy music has its downside, but it’s an expression of this yearning to really meet a big God who can speak to the issues of our time. They also bring the desire for interaction in the event. They want to talk about what they’ve heard and to share their perspective.”

One of the things that First Baptist has experimented with to meet millennials’ desire for interaction is to display a cell number during the sermon, so that congregation members can text their questions to the pastor. Johnson wants to take that direction even further: “I want to design worship differently. I would make the ‘in the word time’ 45 to 50 minutes. It would begin with a very brief introduction to the text. Next, I would have people talk to each other about what question they would like to ask about this text. After that, the preacher would do an exposition of the text for 20 to 25 minutes, then open up the floor to questions that could be written, texted, or asked spontaneously. Finally, interacting for 10 to 15 minutes, the preacher would bring it back to the core point of the text and sermon.” I asked Johnson if he thought this design was risky. “Sure, it’s risky for a number of reasons,” he conceded, “one of which is that you may be caught without an answer. But the response to that is to say, ‘That is a thoughtful question, I have never even considered it before, I need some time and I’ll get back to you.’ Millennials don’t mind. In fact, I think you get a better hearing.”

Johnson’s responsiveness to new initiatives is not without its limits. There are still essentials for worship: “the word, the table, prayers and fellowship, togetherness, interacting with each other, praying for each other, and supporting each other for ministry. The church for any time and context will have those basic ingredients. However, I think a lot about the wineskin passage, where Jesus talks about how the new wine has to constantly be put into new wineskins. Any congregation has to ask that wineskin question. Do the wineskins hold wine and if they don’t, do they have to be changed? That’s hard for congregations. But if the leadership can keep the focus on the essentials, then they can adjust the packaging of the essentials.”

Johnson’s approach toward listening seems to be working, since the greatest growth at First Baptist in the last six years has been with millennials. In fact, Johnson doesn’t believe the hype that the church is hemorrhaging at all. “When I arrived here [in Vancouver] in 2000 to start teaching at Regent, there was one congregation in Vancouver with an attendance of over a thousand on Sunday. There are a dozen now. Jesus is always building his church. He is always winning more people to himself and if we want to cooperate with his winning people to himself, then we will be part of a vital context. I’m very optimistic about the church, even in so-called "secular Vancouver." [The growth] just isn’t getting press coverage and that’s okay. What matters is that people are finding Christ and they are, because that’s his promise. He isn’t going to stop pursuing us.”

Johnson always tries to remind his leadership that “this is not our church. This is Jesus’s church. He is the head of the church. Our posture has to always be one of listening and responding to his initiatives. We are constantly trying to nurture the leadership to keep the focus on Jesus, to keep laying our plans down before him and holding our agenda lightly and being open. Easy to say. It becomes messy when you’re working with a group of people. Each one is going to come at the whole discernment process differently. That’s where we have to accept the fact that we’re in community. Jesus will speak through the community, not just one person. Together we will hear and we will obey but it requires a posture of recognizing that we are participating in the mission of the triune God. We do not initiate, sustain, or drive it.”

I ask Johnson how he knows that this listening posture is the right one. His answer is provocative. “I don’t mean this to sound arrogant but as a pastor, I already know something very fundamental about anyone before she opens her mouth. I know she was made by Christ and for Christ. She’s held together in Christ, whether she knows it or not. I know that all of her longings are fundamentally symptoms of her longing for Christ. I know that she’s going to finally be whole when she’s in Christ. Because I know that, I can listen with great freedom to the specific expressions of all that, knowing that the more fundamental longing is for Christ. That’s what we’ve been about for two thousand years in church. I don’t think we have to change a whole lot. We just have to make church more accessible, more hospitable, and more flexible. Ultimately, we’re onto a secret of the human species and we just have to stay there with it. I think it requires a real love for specific human beings no matter where they’re coming from, no matter how broken or angry they may be with the church. We have to listen to the deeper things going on and we have to love them in the direction to where they can find wholeness.”

I am reminded of 2 Timothy 1:7, “For God has not given us a spirit of fear but of power and of love and self-discipline.” There is not an ounce of fear in Darrell Johnson. But his confidence does not come from his own experience or belief in his own abilities. Instead, it rests entirely on the fact that Christ is always building his church. This is a confidence we can all participate in.