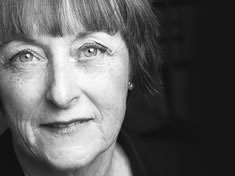 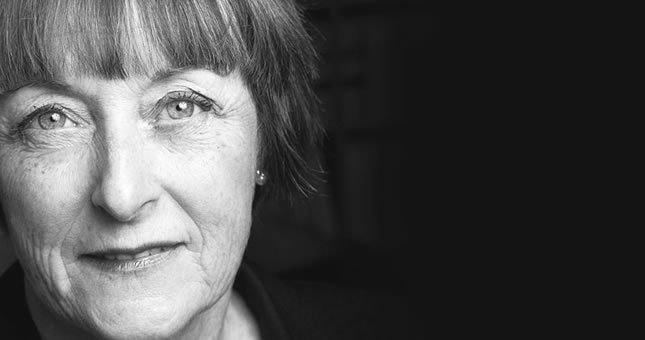 In Search of a Shared Ethics in the Public Square

Veronika Klaptocz is a writer and editor in Regent College’s marketing and publications department, and the managing editor of The Regent World.

A Conversation with Margaret Somerville

Renowned ethicist Margaret Somerville was one of the featured speakers at Regent College’s conference The Next Great Challenge: Thinking Together about Aging, which took place May 18 and 19, 2012. As someone who has devoted her career to thinking through and articulating her position—and that of her ideological opponents—on many of the hot-button issues of our time, and as someone with privileged access to national and international media channels, she is no stranger to public debate. We asked her for some insights on engaging with sensitive issues in the public arena.

RW: In your book The Ethical Imagination, you speak of the need in our society for a “shared ethics,” emphasizing that if we focus on what we have in common with others, as opposed to what we disagree on, we stand a better chance of arriving at solutions to divisive issues. Can you give a recent example of a debate in which you took part where this approach worked?

MS: Proposing a “shared ethics” doesn’t mean that I believe we’re going to come to consensus on one ethical position. We will have to live with a diversity of views. But it’s important to first try to find a point on which we can agree, and then move to our disagreements. I think we feel differently when we’ve first experienced an agreement with someone we now disagree with.

I was recently invited to speak to graduate students doing master’s degrees in public policy at Glendon College at York University in Toronto. They asked me to speak about abortion. So we had a situation where we obviously didn’t all have the same values, but during the discussion we all came to agree that we want to have as few abortions as possible. And so suddenly, we had a point where we could all say “yes, that’s absolutely right.” One side is not promoting that we want more abortions, and the other side is saying we want less—ideally, that we not have any at all. But almost no one wants more abortions.

I’m also in a major disagreement at the moment in the public square about legalizing euthanasia. The Quebec Legislative Assembly has brought out a report that proposes that Quebec public prosecutors should not criminally charge doctors who carry out euthanasia. In effect, Quebec wants to act as though euthanasia is legal.

When you look at the essence of the disagreement that separates those who are pro-euthanasia and those who are anti-euthanasia, it’s a clash in values. Anti-euthanasia people give priority to the value of respect for human life—both individual human life and human life in general—whereas pro-euthanasia people give priority to the value of respect for individual autonomy and self-determination. Both sides uphold both values in certain situations. But when there’s a conflict between those values, as there is in deciding about whether to legalize euthanasia, each side chooses differently which value should take priority. But I believe that understanding the nature of our disagreement makes a difference in that it gives our conflict a different “tone,” as compared with only saying we just totally disagree with each other.

RW: Based on your personal experience of speaking and writing in public venues on controversial issues, do you find it more fruitful to state your religious affiliation up front, or to speak from a more neutral position?

MS: I do not disclose in public whether or not I am religious. Even if I were, it would be irrelevant as public knowledge, because I always speak from a secular base, which drives the anti-religion people to distraction. They would like to label me as religious and dismiss me—and my arguments—on that basis, as they do with all religious people.

I get invited to many events organized by religious bodies, and one of the matters I speak to them about is how they can talk to other people who do not share their beliefs. Let’s say you get a very biblically-based group, and all they want to do is quote passages from the Bible. I ask them, who are you trying to convince? Each other or the wider world? Because if you want to talk to the wider world, and convince them, you have to use language that’s accessible to them, and not use language that they actually can’t identify with at all.

My books are very much written from a basis that does not use a religious voice. Which doesn’t mean that we don’t need to have a religious voice in the public square or that it may be excluded. I believe there’s very much a need for it and a place for it and it has a right to be heard, just as all other voices in a democracy do. But you have to work out what you’re trying to do in any given circumstances and how best to do it. I’m working in a secular milieu, trying to convince as many people as possible to adopt the values that I believe are the right ones ethically, whether I’m talking about abortion, or euthanasia, or children’s rights, or whatever it might be.

RW: There is a sense of powerlessness among many young people when faced with the magnitude of certain ethical issues plaguing our society. Where do you find the courage to speak out, and how do you deal with criticism and opposition to your ideas? What advice would you offer young people who are considering getting involved in these debates, but don’t know where to start?

MS: A lot of people say I’m courageous, but I don’t think I am at all. It’s impossible for me not to say what I believe. I also have a great deal of hope and I’m optimistic. That’s especially true in relation to young people who, I believe, more and more will recognize where we might have gone wrong ethically and say, “we need to change that, we shouldn’t do that anymore.” They are much more aware than their parents were of the dangers of the very intense dominance in our society of rights to individual autonomy and self-determination. These rights are necessary and good, but they’re dangerous when they’re treated as absolutes—that is, as always having absolute priority. I don’t think we will change into a repressive society by balancing the common good against those individual rights. Rather, I’m suggesting that at the same time as we must maintain respect for individuals’ decisions concerning themselves, we need what I call “wise ethical restraint,” which is the old virtue of prudence. We’ve been in a situation over the last thirty or so years, where we haven’t been using it to a sufficient degree.

I’m very, very fortunate that I have access to the media. When I have articles published or appear on TV or radio, I often receive emails and phone calls from people saying that they agree with what I’ve said—that before, they didn’t know how to say it, and now they do. It’s really important to give people the language to say what they want to say in relation to their values, to say what they truly believe. People are so swamped with the opposite values messages from the ones I articulate, and they’re told that they’re old-fashioned, and dinosaurs, and luddites, and God knows what if they don’t agree with whatever the latest moral relativist values position is, so that they’re frightened to say they don’t agree with it. But I think that’s passing. I believe we’ll see more and more people saying, “no, some of these things aren’t right, and we can’t go down that road.”

But people need little hooks that they can grab on to to help them do that—like scaling a rockface. That’s why the language that we use is so important. And that comes back to what we talked about earlier—giving people who are not religious a passage from the Bible won’t help them to scale a rock face with us. It might help religious people to understand why they think the way that they do with regard to values, but it’s not the language they can use in the public square to explain themselves or convince others to share their values.

I also advise young people to find companions on the journey, not try to do everything all by themselves, and not to think they can do it all. But at the same time, they should really go for it, because we’ve got to live by what we believe in, otherwise our life loses meaning. And it’s extremely important to find meaning in life.