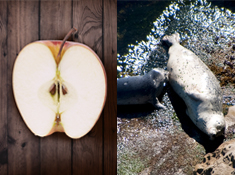 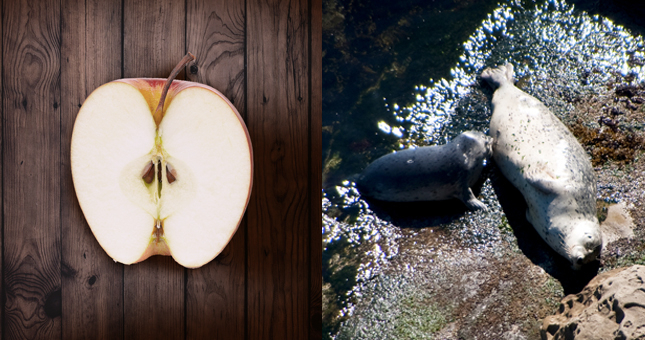 Life After the Christian Carnival

Michael Yankoski (MA Theo. Studies ’12) is author of The Sacred Year and Under the Overpass. He and his wife Danae live in South Bend, Indiana where they are both PhD students at the University of Notre Dame.

My Journey from Cotton Candy to Apple Seeds

Ten years as an itinerate Christian speaker is long enough to jade and disillusion just about anybody. In the beginning, after the relatively successful launch of my first book Under the Overpass, I would stand in front of audiences with passion and conviction, doing all I knew to encourage others to put their faith into action and “love their neighbours as themselves.”

But attrition can erode the best of intentions, and as the years wore on, I found myself more concerned with emotive articulation and standing ovations than the careful cultivation of an authentic, rooted life beyond the public presence.

At one particularly large and caustic summertime festival, I came to the sickening realization that I’d become just another paid employee of the “Christian carnival,” pimping Jesus-branded emotional roller coasters and cross-flavoured cotton candy, relatively unconcerned with the pursuit of real flourishing in my own life or anybody else’s.

Upon returning home from that trip, I booked a retreat at a local monastery and met with the aptly named Father Solomon for several hours of spiritual direction. Father Solomon listened carefully and—after a very pregnant pause—spoke with precision and wisdom that shifted my life’s trajectory.

“Why don’t you set aside a year?” Father Solomon asked. “And, instead of talking about your faith, learn to practice it. Live more intentionally, more contemplatively, more ascetically. Set yourself toward a life of spiritual discipline and see if you don’t find yourself reshaped and reformed by the practices, more fully alive in a year’s time.”

And that’s how it began—what I have come to call my “Sacred Year.”

I discovered that spiritual practices are rather like antidotes. Amidst the multifaceted toxins we face in our world today—ceaseless frenzy, fractured attentiveness, and the pervasive belief that creation is more or less a “natural resource” to be used, to name a few—spiritual practices help reorient us toward shalom, toward the flourishing which the creating, sustaining, and redeeming God is at work to bring into the world.

To “contemplate” means to observe carefully. To pay attention. To give oneself and one’s focus fully, as opposed to being frenzied, fractured, and distracted. Given the way our culture’s incessant multitasking erodes our ability to contemplate, one of the first spiritual practices I began to cultivate at Father Solomon’s invitation was the capacity to single-task. At first this meant taking an hour to eat a single apple on Sabbath. This practice invited the apple to impress itself for twelve minutes into each of my five senses. I was shocked—shocked—to discover how much I’d been missing. Tell me: do you know how an apple sounds? How it smells? What difference exists between its interior and exterior textures, fragrances, tastes? And here’s the pearl-of-great-price question: do you know what (relatively) common kitchen ingredient apple seeds taste exactly like?

Familiarity with single-tasking began with apples, but matured toward whatever Thou I was encountering, whatever action I was engaging in: the washing of this morning’s breakfast dishes, the reading of that particular book, the hour sharing coffee with a dear friend.

To merely consume an apple or anything else—a bit of bread and wine, an hour, or a life for that matter—is to skate by on the surface of things when whole realms of rich relationality are possible for all who are willing to learn to practice contemplation.

Forget “an apple a day.” Is it too much of a stretch to claim that “an hour an apple” just might be enough to help us “taste and see that the Lord is good”? (Ps 34:8)

THE “TONIC” OF WILDERNESS

Another toxicity in our culture is that of seeing the whole of creation as mere fuel—“natural resources” is the common term—for our economic engines. But a 24-hour silent retreat atop a cliff on one of Vancouver’s Southern Gulf Islands helped upend that perspective, reminding me that creation is wild and free and far beyond my ability to encapsulate it.

As I rolled out my sleeping pad and the sun began meandering toward the western horizon, I bore witness to an everyday miracle as it unfolded below me. First one seal came up out of the water, wriggling and writhing itself up onto a sunny spot on the boulder. Then another came shooting up out of the sea—this one a pup, less than half the size of its mother. The pup was childlike and insistent, sliding up alongside its mother and nudging her to roll over, whimpering a little. At last the mother seal sighed loudly and heaved herself over, exposing her belly and allowing the pup to nurse.

Now, I know seals are mammals just like you do. And obviously all mammals (humans included) nurse their young. But the dual cognitive category “seals are mammals—mammals nurse” in no way prepared me for this miracle of mundane proportions, the breath-stealing beauty of beholding a new generation of seal living, moving, and having its being. My mouth fell open and I suddenly felt very small. Not the lonely, insignificant kind of small, but the wondrous kind of small—just one creature among many in a creation that is longer and wider and higher and deeper than I’d ever before realized.

The lyric, “Let all things their creator bless” rose up in me, and I couldn’t deny the deep sense that I was somehow joining a chorus that had been resounding since the first dawn. A potent antidote indeed.

Spiritual practices work like antidotes in our lives, but they aren’t immediate. They aren’t “one-shot-fixes-all” solutions, but rather, long-term habits that gradually take root in us and begin to bring life. At the end of my “Sacred Year,” I’m more convinced than ever of the essential place of spiritual disciplines in the life of every Christian.

Socrates allegedly warned that the “unexamined life is not worth living.” Father Solomon put it a little differently, but no less strikingly, the last time I was with him, walking through the monastery orchard.

“Make no mistake, Michael,” he said as the wind billowed through his habit. “The undisciplined life is no life at all. It will collapse under its own weight, for it is like a body without bones.”