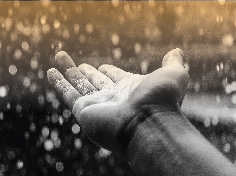 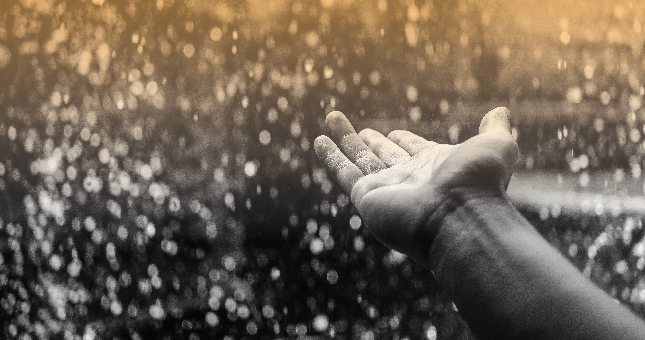 A Theological Reflection on My Experience of Depression

Ross Hastings is Associate Professor of Pastoral Theology at Regent College. He holds a PhD in organo-metallic chemistry from Queen’s University, Kingston and a PhD in theology from the University of St Andrews, Scotland, his native country. Ross teaches in the areas of pastoral theology, the theology and spirituality of mission, ethics, and the interface between science and Trinitarian theology. He served as a senior pastor in various parts of Canada for over fifteen years before he came on faculty at Regent College.

In The Cure of Melancholy and Overmuch Sorrow, by Faith, Richard Baxter asks, “What are the causes and cure of it?” His answer begins in this way:

“With very many there is a great part of the cause in distemper, weakness, and diseasedness of the body, and by it the soul is greatly disabled to any comfortable sense. But the more it ariseth from such natural necessity, it is the less sinful, and less dangerous to the soul, but never the less troublesome, but the more.” [1]

In my early thirties, while pastoring a church in the Vancouver area and studying at Regent College, I suddenly found myself in a serious clinical depression. I was unable to concentrate, unable to sleep, deeply insecure and clingy—as if reverting to childhood—and suicidal. I assumed this was the end of pastoral ministry for me.

The depression was triggered by the withdrawal of the affection of my amazingly supportive wife, who had simply grown exasperated and weary of my driven-ness and emotional detachment, and was unable to prop me up. But the real issues were not with her. I had been unaware until the depression set in that I had deep unresolved feelings of loss and anger that went back to being sent to a missionary boarding school in Africa at the age of six, for my first two years of schooling. This had seriously damaged the parental bonding, in such a way that from that time onwards, I lived in a kind of pseudo-independence of my parents, and pretty much everybody else. My wife’s emotional withdrawal simply triggered the deep loss I had gone through back then and had never come to terms with. To say I was emotionally unintelligent is an understatement.

Through medication, a gift of God’s grace to us in our fallen-ness, and in depth therapy with a Christian psychiatrist here in Vancouver, Dr Judith McBride, I slowly began to feel the feelings that had been sublimated for so long, and began to be much more in touch with my emotions, and much more available for relationship. I will never forget some of the things Judith shared with me. On a day when I was dead certain that I could no longer be a minister of the Gospel, being disqualified by depression, she said this: “Ross, your greatest ministry will come from your deepest brokenness.” The upside down nature of the economy of grace has made it so. The strength made perfect in weakness was that post-depression. I could enter into the pain of others, no longer threatened by their insecurities. I, primarily a teacher and fledgling theologian, a preacher six feet above contradiction, was made slowly into a pastor.

One of the most difficult things for me in life has been to receive love. This is a result of a number of factors including my early loss, being Scottish, being heady, and so on. I began to be able to receive the love of God and of others in the midst of my healing from depression. In the thick of the worst of my depression, my wife became ill with hepatitis A. I did not take any time off during this depressive episode, and so I continued to preach and pastor, hiding my illness from a congregation I was afraid to trust (now I speak freely of depression and have participated in seminars in the churches I have served). On one particular Monday after the Sunday (preachers know about this), I was in the depths, struggling with a lot of pain and anger I had deeply repressed. I neglected my Bible reading habit that morning, and because Sharon was so ill, I looked after the kids all day, getting them to school, picking them up, doing the washing, cleaning the floors (obsessively), and carrying out other household chores. After preparing supper and getting the kids to bed, I hurried off to buy needed groceries, fuming inside about the kind of “day off” I had had. Every traffic light changed too slowly, the lady at the grocery till took way too long. I threw the groceries into the trunk and jumped in the car, slamming the door shut.

As I looked across at the passenger seat, I suddenly noticed a tape of Christian music sung by Richard Allen Farmer of Gordon College. My first impulse was not godly! Last thing I want right now is Christian music, I thought. But something made me change my mind. I put the tape in (this was back in the day of antiquarian cassettes!). The first song that came on was a hymn that I recognized from my youth. It went like this:

“Loved with everlasting love,
led by grace that love to know,
Spirit breathing from above,
Thou hast taught me it is so,
Oh what full and perfect peace,
Oh what rapture all divine,
in a love which cannot cease,
I am his and he is mine.
His forever, only His,
who the Lord and me shall part.”

These words suddenly became much more than words to me. The reality they conveyed made its way deep into my heart. I felt the love of God. It overwhelmed me. So much so that I wept like a baby for the first time in my adult life. And for a long time.

In the midst of this strange warming, I was assured by the Father that he had never left me, even in the days of boarding school that I had blocked out. I was assured that his intimate, covenant love had followed me and always would. It was an unforgettable experience of the presence and love of God, and although my depression was not all healed, I had experienced a touch of the love of the triune God.

I returned with the groceries and my wife could see that something had happened. Later, when I shared this encounter with the psychiatrist, she shrewdly observed that I had experienced this grace on a day when, even by my standards, I least deserved it. For a psyche that sought to earn the approval of my earthly and heavenly Father, this was amazing grace to me!

Lest this sound like a triumphalistic little story with a neat little bow, discovering over the years that I am prone to recurring depressions, and that I had a diagnosis—“bipolar disorder type 2”—has been sobering. I have a chemical imbalance and now, for about twenty-five years, I have been on a low dose of lithium and an old tried and tested tricyclic antidepressant. These are a grace to me every bit as much as insulin is for a diabetic. Do I sometimes long to be off them? Do I feel sorry for myself that I have to take them? Yes. But I persist in this act of receiving grace every day.

Some might say I am a well-managed, high-functioning depressive! God graciously sustained me even through the illness and loss of my first wife Sharon to cancer. I have learnt that this side of the eschaton, there isn’t always a quick fix for things. Sure, I believe God can heal me from depression, but it seems that his grace and power are just as much at work in me with my limp than were I to be healed (2 Corinthians 12:8-10).