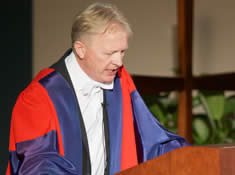 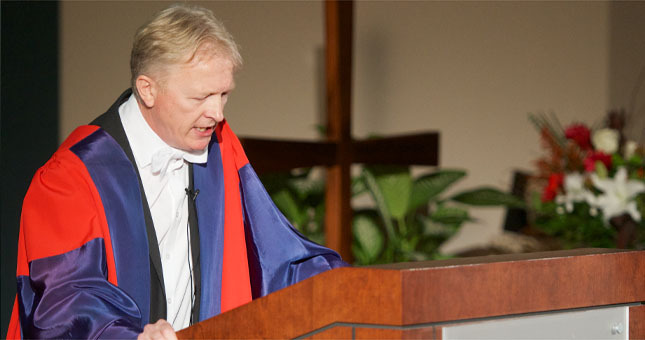 "'Shall These Bones Live?' The Ash Wednesday Promise of Art"

Duncan Ris is a husband, father, son, artist, and student rooted in Vancouver, BC. Finishing an MA in Theological Studies at Regent with a concentration in the Arts and working as a freelance videographer, Duncan seeks to integrate theological reflection with creative practice in the marketplace. Learn more on his website.

On October 26, 2013, Dr. Iwan Russell-Jones was installed into the new Eugene and Jan Peterson Chair in Theology and the Arts.

Iwan Russell-Jones is an award-winning filmmaker, theologian, and writer who has over twenty-five years of experience as a producer and director for the BBC, in both television and radio. He produced documentaries that include The Crucified King (BBC1 2003) and American Prophet (BBC2 2008), which explore the religious dimensions of Martin Luther King Jr.'s leadership of the civil rights movement; and Who Do You Say I Am? (BBC1 2007), which features poet Michael Symmons Roberts reflecting on the contemporary meaning of the life of Christ. A few clips from his documentaries make appearances in his inaugural talk below inspired by "Ash Wednesday"—both the poem by T.S. Eliot and the day in the Christian calendar.