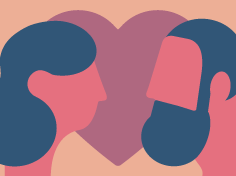 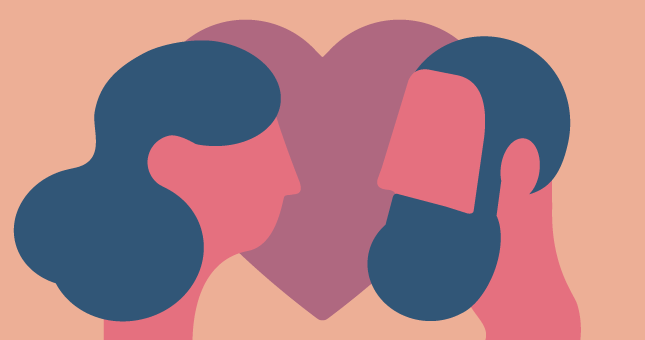 Drew Lewis is a Sessional Lecturer at Regent College, teaching Hebrew, Greek, and Christian Thought and Culture as well as online courses in Old Testament. His most recent book is Approaching Job (Cascade, 2017).

When you dig into the Hebrew in the book of Ruth, there are moments it would irreverent not to laugh.


“Humour is the last stage of existential awareness before faith.” — Søren Kierkegaard

The more I learn of Hebrew language, the more I feel comfortable laughing at many parts of the Bible. Take the Book of Ruth. When I read Ruth with my Hebrew class, I find so much of it funny because it plays against our expectations.

The character of Boaz, as most of us understand him, seems so upstanding and straight-laced. "The Lord be with you," he says as a greeting to the workers in his field. Only a cynic would find such an introduction to this character comical. But when he first talks with Ruth his speech gets so wordy and fanciful that we are left to wonder if he talks like this to everyone or just to the young foreigner who started working in his field. Here is how the NRSV translates his first speech to Ruth: "Now listen, my daughter, do not go to glean in another field or leave this one, but keep close to my young women. Keep your eyes on the field that is being reaped, and follow behind them. I have ordered the young men not to bother you. If you get thirsty, go to the vessels and drink from what the young men have drawn" (Ruth 2:8-9). How upstanding. Boaz is clearly trying to protect the young Moabite woman from the dangers in other fields and, by instructing Ruth to stay close to his young women while ordering the young men not to bother her, he is protecting her from dangers in his own field too.

What we don't see in translation is that Boaz peppers his speech with archaic sounding pronunciations of otherwise normal words. He employs thirteen verbs of various conjugations, but in three of them he tosses in what grammarians of Semitic languages call the nun-paragogicum, which is Latin for an added nun.[i] The nun, or 'n' sounding letter, is occasionally added in some older biblical texts, the reason for which is debatable. However, Boaz seems to throw his paragogic nuns around as if he's unsure when and where they go. Because they occur primarily in older texts (Kings, but not Chronicles, for instance), it seems reasonable to presume that the author of Ruth is trying to make Boaz sound old. The younger Ruth only uses a paragogic nun when quoting Boaz to Naomi (more on that in a moment) and the narrator never adds a nun to the end of a verb outside of a direct quote. The effect is made funny because Boaz is endearingly inconsistent with his archaisms.

When something like this happens, grammarians often (and soberly) explain away the anomalies in the text by blaming subsequent scribes who have added to or misspelled the original words. Sometimes, one can place the "blame" on the relatively small sample size of the language. We just don't know why Boaz speaks this way because we don't have enough examples of other people speaking this way to analyze the similarities and differences—we have few expectations to subvert. All this would be fine if not for the fact that Ruth tries to quote Boaz to Naomi but makes a mistake that Naomi has to correct.

When Naomi asks Ruth where she gleaned, Ruth says it was in Boaz's field and that "He even said to me, 'Stay close by my servants, until they have finished all my harvest'" (2:21). While the NRSV, along with most other translations, makes it seem like Ruth is directly quoting Boaz, she makes what could be a very consequential error. Boaz tells Ruth to "keep close (with a nun-paragogicum) to my young women" while Ruth says he told her to "stay close (with a nun-paragogicum) by my servants." That is, stay close by my male servants—the difference between male servants (na'arim) and female servants (na'arot) being the ending (like the difference between "actor" and "actress"). In the next verse, Naomi explains to Ruth that she should stay close to Boaz's female servants, otherwise it might be unsafe for her. In other words, Naomi corrects Ruth's misunderstanding.

Why does Ruth make such an error? Could it be because Boaz was trying to sound sophisticated but only ended up confusing Ruth the Moabite? While there are not a great deal of examples of the Moabite language in the Bible or outside of it, we do know a few things. First, it is very similar to Hebrew, to the point that one of my Hebrew classes read the Moabite Stone earlier this semester. Second, one of the main differences between Hebrew and Moabite is that masculine plural nouns in Hebrew end with an m-sound (hence, "na'arim") while masculine plural nouns in Moabite end with an n-sound (thus, "male servants" would be rendered "na'arin"). In other words, Ruth may have heard Boaz, who was trying to sound mature and sophisticated by giving long speeches with the occasional words that end with an n-sound, but only ended up confused by the inconsistent final n-sounds, associating them with masculine plural nouns. Is Ruth 2:8ff. the world's first "meet cute" scene in the world's first romantic comedy?

Well, of course, Ruth isn't a romantic comedy. Such an accusation would trivialize the overall message of the book. But one of the vehicles on which the message of the book travels is the way God can work through very human people. That Ruth is foreign is well explored as a theological point; that her foreignness might mean she occasionally misunderstands speakers of Hebrew is not. We know that Naomi is bitter since she insists being called “Mara,” but her bitterness leads her to scheme in ways that would make many Christians today blush. One could argue that the book be called "The Book of Naomi" since it is her narrative trajectory that seems the most biblical.

Boaz can be seen as bumbling. His heart is certainly in the right place and he is an honourable man, but I have started to see him a little like the character Bonario in Ben Jonson's play "Volpone." Bonario is also virtuous, hence the name. He also comes to a vulnerable woman's aid. And Bonario's aid, while effective, is somewhat undercut when he bursts in a room to save Celia from the titular "sly fox" Volpone while uttering the following alliterative lines: "Forbear foul ravisher, libidinous swine, / free the forced lady, or thou diest, imposter" (III vii 267–8). Bonario is a well-meaning mimbo (male bimbo) and though I would not qualify Boaz in quite the same way, he's not the boring straight-laced pillar of society we often perceive him to be.

"Volpone" is also the first Elizabethan comedy in which I laughed aloud reading it. I can't say the same about the book of Ruth, but it has similar moments, even beyond the few verses I discuss above. In class, the biggest laugh in our study of Ruth always comes when reading the scene at the gate in Chapter 4, in which Boaz manipulates an unnamed relative to Elimelek into giving up his right to redeem. The moment of humour arises when one student reads the name that Boaz (or more likely, the narrator) gives the redeemer in 4:1, which is translated in English Bibles as something like "friend" or "so-and-so." "Friend" is certainly a mistranslation. In fact, the "name," which is likely an editorial placeholder, barely needs a translation. Pronounced "Peloni Almoni," the goofy rhyming fake-name works as an ironic punishment for the man who refuses to uphold the name of the dead for fear that it would ruin his own estate.

Irony, which can be a type of incongruity, is not always humorous, but when irony works in the service of a comeuppance and is pronounced Peloni Almoni, well, it seems irreverent not to laugh.

[i]           For much of the discussion on the use of the nun-paragogicum in Ruth chapter 2, I am indebted to the following article by Timothy H. Lim, “How Good Was Ruth’s Hebrew? Ethnic and Linguistic Otherness in the Book of Ruth,” in The “other” in Second Temple Judaism, ed. et. al. Daniel C. Harlow (Grand Rapids: Eerdmans, 2011), 101-15.