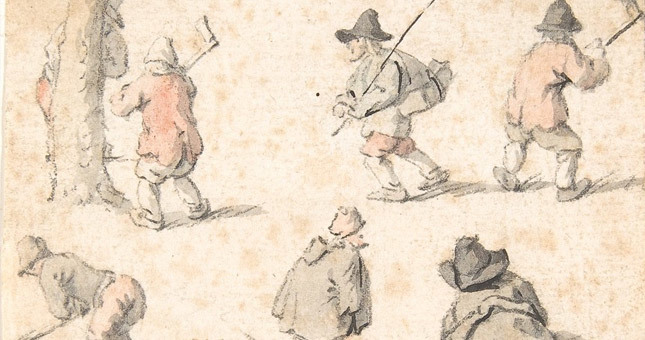 Jens Zimmermann is the J. I. Packer Professor of Theology. He also is the Project Director of Human Flourishing in a Technological World and Visiting Fellow of the British Academy at the University of Oxford. His current research focuses on theological anthropology in the Christian tradition, and his most recent book is Dietrich Bonhoeffer’s Christian Humanism.

As tributes to J. I. Packer have arisen from all over the world, people clearly remember him for many different things, demonstrating both the breadth of his scholarship and the profound personal impact he made on so many. As a theologian who now holds the Theology Chair named after him, I suggest that we should remember Packer as a Christian humanist.

In 1985, Packer published the underappreciated book Christianity: The True Humanism. Co-authored with English professor Thomas Howard, this book was designed to show the fullness of the Christian religion as undergirding and nourishing “all that seems to mark our true humanness.”[1] The gospel, the authors argued, had been undersold by modern Christians as inner piety and a flight away from the human, or as obedience to external doctrines and regulations. They believed that “the enforcing of [such] substandard Christianity in homes, churches, schools, and communities has inflicted so much emotional hurt” that it prompted a passionate countermovement among those sensitive to the richness of God’s creation. Christians like Packer (and many before him) sought to retrieve the “true humanism” of the greater Christian tradition. Others were so thoroughly disenchanted with Christianity that they initiated a “secular” humanism. As Howard and Packer reminded us, it is important to remember that both directions originate from disappointment with the anemic, narrow view of human life conveyed by substandard Christianity. This common origin in the desire to do justice to the complexity of human experience remains an important foundation for the dialogue between Christians and non-believers.

Packer and Howard touched on a still deeply-relevant historical truth: it is because Christian communities failed to nurture and transmit from generation to generation the full depth and breadth of the gospel in its intellectual rigor, illuminating every aspect of human life, that faith and reason came to be seen as opposites. Packer knew that especially among North-American evangelicals, anti-cultural and anti-intellectual sentiments disillusioned many younger Christians who hungered for a holistic, integrative view of faith and life. Packer sought to recover a broader Christian vision grounded in the Christ who became human so that we could become fully human by union with him. “To be fully Christian,” Packer wrote, “in other words, is to live; it is to be fully human.” And this is the message taught to us by the scriptures and the Christian tradition. We hear this message from “some of the most luminous and titanic minds ever to appear on the human scene, as well as from peasants, shopkeepers, kings, hermits, Easterners, Westerners, Africans, Americans, and people of all other sorts and conditions.” And they all share this vision of what it means to be fully human because they know “that to have followed Christ the Savior is to have been brought to wholeness, freedom, and joy,” albeit often through great struggle and pain. These Christians all believed that in Jesus the Christ, God became “the second Adam,” not so that “they could escape from their humanness” but, on the contrary, so that they could “become human” since Christ was “the perfect example of all that humanity was meant to be.” [2]

Needless to say, Packer (and Howard) were not promoting nineteenth-century Protestant liberalism, which offered Christ as universal example of humanity attainable through rational reflection. Rather, they restated classic Christianity in emphasizing that only through union with Christ will we enter into the fullness of our humanity whose inherent dignity and worth everyone possesses by virtue of being made in God’s image. It is only through participating by grace in the humanity Christ accomplished in his passion, resurrection, and ascension, that human beings are freed from the power of sin and death, so as truly to enter into a life without fear, becoming free to serve others in love.

In all of his writings, including Knowing God, Packer promotes Christianity as a culture-generating force that humanizes all of life. He was critical, however, of contemporary Christian trends that merely mirrored culture, and warned that the humanizing power of the gospel required a Christianity nourished in the fullness of an authentic biblical faith, which places the living, cosmic Christ at the center of all human experience. With this vision, Packer joins giants in the faith like the second century church father Irenaeus, who believed that Christ “recapitulated” every dimension of humanity in himself, making “one new humanity” (Ephesians 2:15), beyond ethnic, racial or other divisions of any kind. Packer believed that schooling in classic Christianity of the kind I have outlined was vital for returning the church to the kind of life-giving, humanizing witness required for today. For the sake of this witness, the church should be unified across confessional boundaries, which is arguably the main reason for Packer’s signing of the “Evangelicals and Catholics Together” (ECT) initiative in 1994.

Packer signed the document because he believed it to be “vital for the health of society in the United States and Canada that adherents to the key truths of classical Christianity—a self-defining triune God who is both Creator and Redeemer; this God's regenerating and sanctifying grace; the sanctity of life here; the certainty of personal judgment hereafter; and the return of Jesus Christ to end history—should link up for the vast and pressing task of re-educating our secularized communities on these matters.”[3]

It is this Christ-centered, and therefore humanistic, unifying theology that I also recall from my encounter with Packer. I first met him in 1994, when I was a UBC graduate student in comparative literature. By this time, I had become intensely interested in Reformation history and literature, particularly the connections between the English Calvinist non-Conformists and the German Lutheran tradition. To supplement my UBC offerings, Packer had agreed to a guided study on Puritan literature, with an emphasis—no surprise!—on John Bunyan, Richard Baxter, and John Owen. During this course, I was inspired by what I would call Christian humanism at its best: deep learning founded on a classics degree (Packer could cite Latin passages from Luther, Erasmus, Calvin, or Augustine at will, and he also commanded classical rhetoric and poetics) combined with Christ-centered theology and a strong concern for humanizing culture. This is the Christian humanist Jim Packer I recall and whose Christian humanist outlook I intend to honor as I take up the Packer Chair this fall.

I hope that my own formation in both philosophy and literature will help me fulfill what I regard as a research and teaching program reflective of Packer’s Christian humanist legacy. Packer himself exemplified the need for catechesis, for schooling Christians in the fullness of the Christian faith. Former chair holder and my immediate predecessor, Hans Boersma, sought to honor this need for catechesis by schooling Regent students in the biblical exegesis of the church fathers, the formative theologians of the early church. For my tenure, I want to continue Boersma’s direction of grounding students in the greater tradition but also uphold Packer’s Christian humanist agenda of bringing that tradition to bear on contemporary issues around the topic of human identity. As Packer argued, God’s becoming human points the way to our human identity and therefore has much to say about what it means to live a good and fully human life. Not that Christianity simply plunks down pat answers for what it means to be human. No, we will need to search the scriptures, its interpretation by the greatest minds of the tradition, and we must do as we learn from and dialogue with natural science; yet we also know that science itself, if it remains true to its limited empirical focus of repeat verification, will never be able to answer the deepest of human question, “Who am I?”

It remains imperative for Christians to learn what we can, as limited finite beings, from incarnational, Christ-centered theology for the currently pressing questions around human identity: What is the human person? What grounds human dignity and rights? How should we view death and dying? How does a Christian vision of humanity help us negotiate pressing issues in healthcare, and in bioethics? Finally, how can Christian humanism help society respond adequately to technological advances, including social media, and artificial intelligence (AI), all of which seem to shape our self-image today more than the scriptures and Christian tradition?

I can no longer ask J. I. Packer what he would think of this Christian humanist agenda, but given what I know of him, I would expect an encouraging smile and conspiratorial wink from behind those thick spectacles.

[3] J. I. Packer, “Why I signed Evangelicals and Catholics Together,” https://www.christianitytoday.com/ct/1994/december12/j-i-packer-why-i-signed-evangelical-and-catholics-together.html