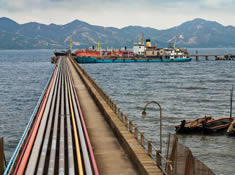 A Duty to Care, a Duty to Critique

Iain Provan has been the Marshall Sheppard Professor of Biblical Studies at Regent College since 1997. He has written numerous essays and articles, and several books including commentaries on Lamentations, 1 and 2 Kings, Ecclesiastes, and Song of Songs. Most recently he has co-authored with Phil Long and Tremper Longman A Biblical History of Israel.

As a biblical studies professor, I am quite often asked—by students, church-members, and sometimes even the media—for my opinion on how biblical teaching relates to this or that current social or political “hot-button” issue. I am happy to be asked, because I believe that the Bible is given to us precisely so that we can have a “lamp for our feet” that shines on all aspects of our journey. Still, I often don’t answer directly, because I’m more interested in helping the questioner to think well about the question. Here’s a good example: “Should a Christian resident of British Columbia be for or against the significant expansion in the oil and gas industries currently proposed for this province?”

A notable aspect of this expansion is the plan to run a number of natural gas pipelines from northeastern BC to the coast, as well as an oil pipeline to the same coast from Alberta, in order to facilitate oil and gas exports to Asia. Canadian First Nations leaders are concerned about such plans, because they see them as adversely affecting their native title rights and they are concerned about the environmental impact. Non-native environmentalists are equally concerned, not least because of the inconsistent safety history of some of the companies involved. So what is the Christian position? Is there one?

Certainly Christians ought to care about the environment—or, as we call it, “creation.” The fundamental biblical understanding of our human vocation is, in fact, that we are created to “rule” over creation as kings (Genesis 1), which back in Bible times involved looking after the welfare of one’s subjects and ensuring justice for all (Psalm 72). In biblical thinking, the king did this under God, who is alone truly King and to whom the whole earth belongs, and everything in it (Psalm 24). Genesis 2 makes it clear what this actually looks like in relation to the rest of creation, when it exegetes the “ruling” of Genesis 1 in terms of earth-keeping. Human beings are “to serve [the garden] and keep it” (the Hebrew verbs ‘abad and shamar). This is the very language that is used in Numbers 3:7-8 concerning the priests in the Tabernacle; they are to “perform (shamar) duties … by doing the work (‘abad) of the Tabernacle.” In the biblical perspective, then, the work of the human being in God’s world is religious work. We are to look after sacred space—the dwelling place of God—on behalf of the one who created it. That is a serious matter, and Christians must be concerned, therefore, about questions concerning the environmental impact of proposed business plans, the safety record of the companies involved, and the wellbeing of all of God’s creatures likely to be affected by their schemes. We have a duty to care, and real care (biblically) involves actions, not merely sentiment.

At the same time, we have a duty to critique—to engage our Christian minds fully when reflecting on a particular issue, in pursuit of a fully-rounded perspective and a deliberate course of action. Unfortunately, a considerable amount of thinking on “hot-button” issues is tribal and simplistic. I know already the right way to think, before thinking even takes place, because I know the group to which I already belong. There is no need to listen to counter-arguments, or even to check the facts, because I know that I am simply right, and I know that my enemies (i.e. those who disagree with me) are simply wrong (and wicked). However, no one who follows the Way, the Truth, and the Life can afford to be so casual about truth, and about getting at the truth. As well as being a king and a priest, I am called to be a truth-seeker.

When Enbridge executive vice-president Janet Holder issues a statement praising the Canadian government for taking an initiative “to remove barriers to market access for the greater good of British Columbia and Canada,” which notion of the greater good is that, and is it one that I should accept? When it is simply assumed that getting a better price for natural gas in Asia than can be got in the USA is a great good that trumps other goods – is that right? Whose interests are served in all this—ordinary British Columbian gas-purchasers? Then again, are the various claims made about potential environmental impact of oil and gas expansion sober, or are they wild? Do they arise out of a good analysis, or are they manufactured or massaged in order to win over uncritical people by manipulating their emotions? And isn’t one of my neighbour’s needs to be employed? And what about the assumption, often deeply embedded in discourse about the environment in North America, that the first, indigenous peoples have always been innately more sensitive to and caring of their environments than those who came later, and are still the best people to trust with the environment now? Really? The research I have undertaken for my forthcoming book suggests that this is a seriously unsafe assumption (Convenient Myths: The Axial Age, Dark Green Religion, and the World that Never Was [Baylor University Press, to be published in Fall 2013]).

So what is the answer to the question I posed at the beginning of this short reflection? I’m not telling. But perhaps I’ve helped you to think in better ways about such matters.text