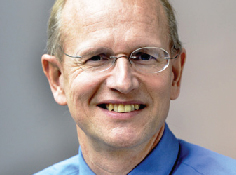 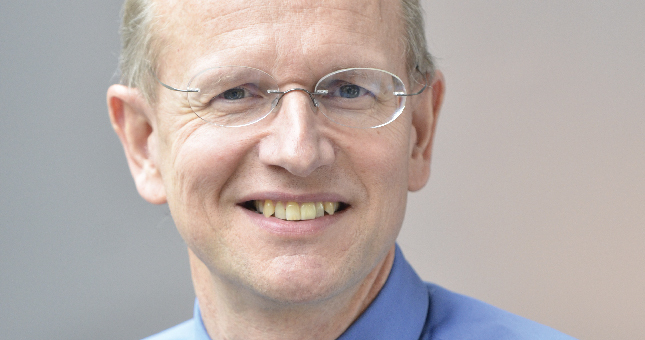 Church: Foundation of Who We Are

Abigail Harmon is the Digital Marketing Coordinator at Regent College. She has a BA in English Literature, an MA in Theological Studies, and enjoys drinking wine with good friends.

A Conversation with Hans Boersma

Hans Boersma is the J.I. Packer Professor of Theology at Regent College. Before coming to Regent, he was a professor at Trinity Western University, a pastor, and a second grade teacher. Hans is a leading Protestant theologian on sacramental theology in the twentieth century, Christian doctrine, and ecumenical dialogue.

AH: What is the etymology of the word “church”? What did it mean in Scripture, moving from the Old Testament to the New?

HB: The root of the word “ekklesia” (which is “church” in Greek) means “to call out,” so the church is the people who have been called out by God. They are God’s holy nation, set aside to give service to him. “Ekklesia” in the backdrop of the Greek world means the assembly, the gathering of the people together in a public meeting, setting public policy and so on. With regard to the Old Testament, “the people of God” is sometimes translated as “ekklesia” in the Septuagint. So “ekklesia” comes from the Old Testament, and in that way enters into the New Testament, especially in Paul’s epistles. St. Paul uses the term “church” a lot, and my hunch is that he is looking back to the Old Testament quite a bit. What it means is that he regards the New Testament people of God as a continuation of the ancient Israel. So “church,” in Paul’s view, is the new Israel, the people of God, the beginning of the eschaton.

HB: I think the early church saw itself as in some sense continuing Jesus’s life on earth. I think Augustine is right to point to Jesus’s question to Saul, “why are you persecuting me?” The church is actually Christ himself. If you persecute the church, you persecute Christ. So from the very beginning, I think the church understood itself as a continuation of Christ and intended to make Christ present on earth.

If you put the answer in trinitarian terms, you could say the church is the people of God, the body of Christ, and the temple of the Holy Spirit.

In terms of the structure of the early church, I think it’s important to say we shouldn’t first and foremost identify the church with a structure. The structure is merely a sacrament to make the reality of the life of God present in the world. In that sense, structures are always subordinate to what really matters, which is life with God in Christ. That said, what did it [the early church] look like? There are hints in the New Testament that it was a charismatic type of structure. There are indications that there were house churches, and that there was a succession of a hierarchical leadership in the church. From very early on I think, there was also an emphasis on the centrality of the authority of the episcopacy. So it was both charismatic and institutional.

AH: Can you flesh out what you mean by the structure of the church being subordinate to life in Christ?

AH: Can you bring your understanding of church to bear on the question of why we should be committed to going?

AH: Our generation is very suspicious of authority structures while also searching for a sense of connection and unity. How do we move toward unity in the current climate?

HB: The Evangelicals and Catholics Together project, Chuck Colson and J.I. Packer being main evangelical figures behind that, was huge in terms of opening up evangelicals from their side to dialogue with the Catholic Church. One of the first documents they came out with, called “The Gift of Salvation,” came to a remarkable convergence on the doctrine of justification. On the very issue that traditionally divided Protestants and Catholics, evangelicals were now realizing that perhaps there is much greater unity possible between Catholics and Protestants.

The issue that you’re raising on church authority continues to be perhaps the most important point of division between Catholicism and Protestantism. In particular, the way in which infallibility functions within the Catholic Church I think is unhelpful, in that it makes for a certain irreformability of doctrine. Once you’ve declared a doctrine to be infallible, there is no way in which you can go back on it. I think this is the most difficult point dividing evangelicals and Catholics today. That said, I think it is evangelicals who have the greater problem because I do think that a functional authority is quite important.

AH: What is your main critique of evangelical ecclesiology?

HB: All too often, the church is seen as an add-on, a voluntary association that we join once we come to faith. So first we’re being “saved,” and now that we’re saved, it surely would be nice to get together with like-minded people with like wills, like convictions, to function as a sort of support group. I think that short-changes the sacramental character of the church. The church is first and foremost the basic sacrament offering salvation to the world. I think it is part and parcel of an incarnational model, where God gives himself human flesh in Christ, and where with very fleshly material means like water, bread, and wine, he incorporates and embodies his people. To simply make it a matter of getting together with like-minded people loses the public character, the incarnational character, and ultimately the downward aspect of the church in the sense that God comes down in and through the church to offer salvation.

AH: You’ve talked about the importance of discussion and dialogue in order to understand each other given how varied evangelical Protestantism is in its expressions. How do we do that well? What is a good starting point?

HB: First, there is no cookie cutter approach. Depending on the context, the character of the people involved, there will be numerous approaches to this question. In some cases, you may want to insist strongly on a particular point, and in other cases, you may want to gently draw someone in to try and see that there is a different way of looking at things. At the outset, no matter how you may disagree with someone, no matter what topic, love has to be the foundation for any sort of interaction. It ought to be a given.

What I would highlight with my evangelical brothers and sisters is to question them on the plausibility of the individual having the final say on matters of doctrine. I think in many ways that is our Achilles heel. We think we ought to decide doctrine for ourselves. Limited creatures as we are, intellectually and in every other way, we can’t do that. It doesn’t work, and in actual fact, in real life, it doesn’t operate that way. That can be a starting point for discussion on the need for tradition, particularly on the authoritative role of the creeds. Evangelicalism is a movement from within the Protestant fold, and the Protestant fold always wanted to be in continuity with the creeds of the church. So any kind of evangelical identity that says well, the creeds don’t matter, is an evangelical identity that I can’t relate to. I think it’s giving up on evangelical identity before we’ve even begun. I would also challenge evangelicals to look beyond their own confines into Orthodoxy and Catholicism, because in many ways they can hold up a mirror to us and show us certain things that we’ve maybe underemphasized or forgotten.