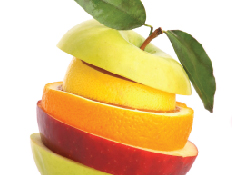 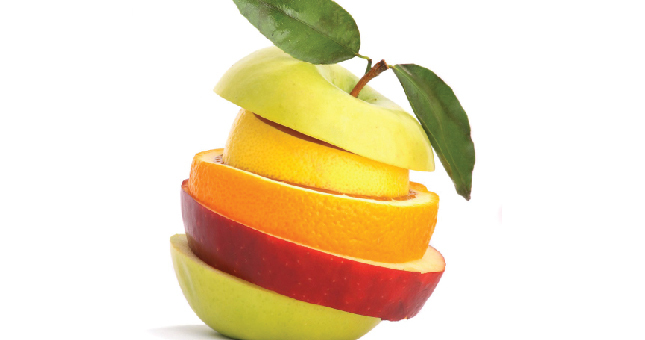 Church and Kingdom: Let’s Get Our Analogies Straight

Scot McKnight is a world-renowned scholar, author, and speaker. Having authored or edited over fifty books, he is a leading authority on the New Testament, early Christianity, and the historical Jesus. His forthcoming book is A Fellowship of Differents: Showing the World God's Design for Life Together. He is currently Professor of New Testament at Northern Baptist Theological Seminary in Lombard, IL and blogs at Jesus Creed.

“So you think kingdom and church are the same (but not identical), then you need to come to my church because that will show you the difference.”

“Kingdom is the ideal, church is the reality.”

“Kingdom is justice, but church is injustice.”

“The church is now but the kingdom is not yet.”

Each of these statements fails to recognize a fundamental element of how the New Testament talks about kingdom. So I want to provide a crash course in just a few paragraphs in what is often called “inaugurated eschatology.” (I am using Kingdom Conspiracy in what follows.)

Kingdom as Both Present and Future

Instead of providing an RSS-feed-length listing of Bible verses, I will give two statements of Jesus for kingdom as present and kingdom as future. Here the kingdom is present:

After John was put in prison, Jesus went into Galilee, proclaiming the good news of God. “The time has come,” he said. “The kingdom of God has come near. Repent and believe the good news!” (Mark 1:14–15)

Now the kingdom is future:

“Truly I tell you, I will not drink again from the fruit of the vine until that day when I drink it new in the kingdom of God.” (Mark 14:25).

While they were listening to this, he went on to tell them a parable, because he was near Jerusalem and the people thought that the kingdom of God was going to appear at once. (Luke 19:11).

No matter how you cut your bread—lengthwise or crosswise or just nip off the crusts—these texts indicate with clarity that the kingdom of God, that long-awaited promise, was already present and at the same time still in the future. It is reasonable, then, to argue that for Jesus the kingdom was both present and future. It was, to use the terms of the arch-inaugurated kingdom scholar George Eldon Ladd, “present without consummation.”

Back to our point about the big mistake: What do we compare the church to? The present inaugurated kingdom or the future complete and glorious kingdom? Read on because the church too is an inaugurated reality.

Church as Now and Not Yet

There is one fundamental observation that changes the whole perception of what church is, and once we see it we will be able to compare church and kingdom more accurately. The important observation is this: the church, like the kingdom, is also an eschatological reality. The futurity of the church is often ignored.

For the church now we think of Paul’s constant struggles with his churches, and who can ignore Corinth and the back-and-forth letters and travels, all over morality and theology and division and … well, the church at Corinth was a mess. The same messiness is found in all other churches. The church now is the church gathered in broken leadership, broken fellowship, broken holiness, broken love, broken justice, and broken peace. Every page of each of Paul’s and Peter’s and John’s letters and the books of Hebrews and Jude leads to the same observation: the church now falls short of the church not yet.

The Church Not Yet

“Christ loved the church and gave himself up for her to make her holy, cleansing her by the washing with water through the word, and to present her to himself as a radiant church, without stain or wrinkle or any other blemish, but holy and blameless (emphasis added; see also Colossians 1:22).

Notice the terms Paul uses of the church not yet: “radiant,” “without stain or wrinkle,” without any “blemish,” “holy and blameless.” These terms do not describe the church now except in part; they instead describe what the church will be. When? When the kingdom’s fullness arrives or, to use now completely appropriate terms, when the church’s fullness arrives. I think, too, of Revelation 21–22, especially of the long, beautiful passage about the church as the bride of the Lamb descending in full glory into the new Jerusalem in the new heaven and the new earth, proving once and for all that the church, like the kingdom, is an eschatological reality with a now and a glorious not yet. I quote Revelation 21:9–14 and 22:3b-5:

One of the seven angels who had the seven bowls full of the seven last plagues came and said to me, “Come, I will show you the bride, the wife of the Lamb.” And he carried me away in the Spirit to a mountain great and high, and showed me the Holy City, Jerusalem, coming down out of heaven from God. It shone with the glory of God, and its brilliance was like that of a very precious jewel, like a jasper, clear as crystal. It had a great, high wall with twelve gates, and with twelve angels at the gates. On the gates were written the names of the twelve tribes of Israel. There were three gates on the east, three on the north, three on the south and three on the west. The wall of the city had twelve foundations, and on them were the names of the twelve apostles of the Lamb. […] The throne of God and of the Lamb will be in the city, and his servants will serve him. They will see his face, and his name will be on their foreheads. There will be no more night. They will not need the light of a lamp or the light of the sun, for the Lord God will give them light. And they will reign for ever and ever.

“Kingdom” describes the people governed by King Jesus. All we see of that kingdom now is an inauguration creating a tension between kingdom now and kingdom not yet. But “church” describes the very same realities: the people of God, Israel Expanded to be sure, is an eschatological reality, a people of God that has a now and a not yet. C.K. Barrett, a leading New Testament scholar of the former generation, called the church an “eschatological monster, a prodigy.” And he defines the church as “the people of the interim.”[ii] He’s right: the church is now and not yet, partially redeemed on its way to full redemption. So, what is said of the kingdom in the New Testament is said of the church in the same New Testament. To quote Bonhoeffer:

“The church according to Paul’s understanding presents no essential difference from Jesus’ ideas [about the kingdom].” [iii]

The Mistake Is to Compare the Incomparable

To compare present church to future kingdom is to compare the incomparable. (Kingdom wins.)

To compare present church with present kingdom is to compare the comparable. (The same.)

To compare future church with future kingdom is to compare the comparable. (The same.)

So let’s return to that opening and I’ll rework the whole by comparing present kingdom with the future perfect church:

“So you think kingdom and church are the same (but not identical), then you need to come to my inaugurated kingdom group because that will show you the difference.”

“Church is the ideal, kingdom is the reality.”

“Church is justice, but kingdom is injustice.”

“The kingdom is now but the church is not yet.”

Let’s get our analogies straighter.

[i] Dietrich Bonhoeffer, in a seminar paper for his theology professor at Berlin (R. Seeberg), all but identified church and kingdom but found two (mistaken) distinctions: the church is present while the kingdom is both past Israel, the present church, and the future completion. I see the church as Israel expanded and I see the church as future as well. See “Church and Eschatology (or “Church and the Kingdom of God),” in Dietrich Bonhoeffer, The Young Bonhoeffer, 1918–1927, ed. Hans Pfeifer et al, Dietrich Bonhoeffer Works 9 (Minneapolis: Fortress, 2003), 310–324, here referring to p. 314. On p. 315 he says the church and the kingdom in the here and now are “temporally identical entities.” But see his more expanded sense of kingdom of God when it includes the state’s mandate for order in Bonhoeffer, Berlin: 1932–1933, 292–295.