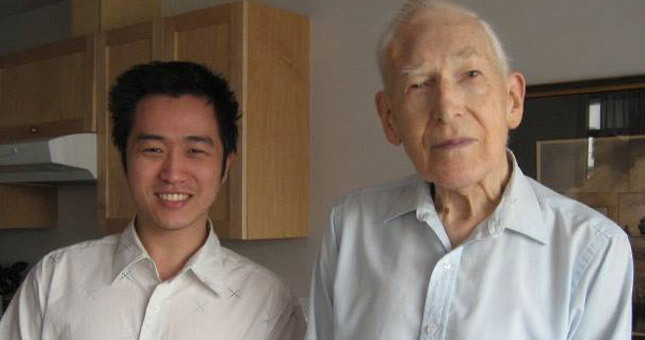 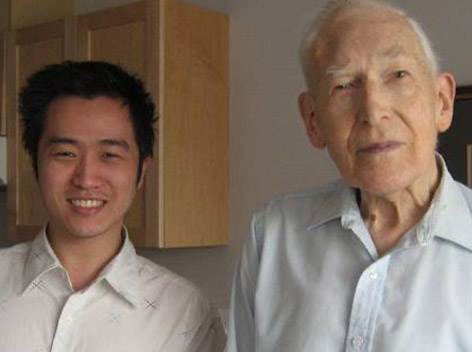 Shao Kai "Alex" Tseng (Regent College MDiv 2008; Oxford DPhil 2014) grew up in Vancouver and now serves as Research Professor in the Department of Philosophy at Zhejiang University, China. He is the author of Barth's Ontology of Sin and Grace, along with several other books and many journal articles. He and his wife, Jasmine, reside in Shanghai with a (canine) son named Bobo.

Of all my teachers, none have shaped my faith and ministry like Dr. Packer. Knowing God has accompanied me since high school. I have reread it many times by myself, with my wife, in a number of church groups, and with students in the systematic theology classes I have taught in seminary. My forthcoming volume engaging the theology of Karl Barth from an evangelical perspective concludes with a quote from Knowing God on the love of God revealed to us by Christ’s work of propitiation.

I was first struck by the heart-searching power in the pregnant brevity so characteristic of Dr. Packer’s writing. I soon embarked on a journey through his works, gobbling them up one after another. As I perused his writings, I increasingly came to sense that he was not just communicating to his reader as an individual author. Rather, he was allowing a choir of voices to speak through him.

When I finally came to his book Puritan Portraits, I began to know who those voices were. I began to study Dr. Packer’s writings on the Puritans in preparation for seminary. One of the greatest privileges I have had in my career as an academic theologian is to have taken two “Packer seminars” while at Regent, one of which was on Puritan theology. Part of the reason why I chose to pursue my doctorate in the United Kingdom was that I wanted to trace the footsteps of the Puritans and immerse myself in the culture that bred the likes of Dr. Packer—it was a spiritual ethos with which I wanted equip myself for my prospective mission field in Asia.

I do not remember the details of a conversation when I first arrived at Oxford with a retired professor, but I vividly recall that when he said something about British Christians “still putting on a good fight.” Dr. Packer’s description of the Puritans as “losers in their own time” came to my mind. The Puritans never succeeded in their attempt to convert the nation. Yet, they and their spiritual descendants kept pressing on anyway—from the Puritans to John Wesley, James Hudson Taylor, William Carey, all the way to J. I. Packer and John Stott. They might have been losers in this world, but when the British Empire is no more, theirs is still and always will be the true Kingdom on which the sun never sets.

Although I eventually chose to specialize in modern theology, I remain a Puritan at heart. The course I taught most enthusiastically while serving at China Evangelical Seminary in Taiwan was the one on the Puritans. Even after my move to a secular university in mainland China, I still include materials on the Puritan work ethic and Samuel Rutherford’s contribution to the rule of law in my courses.

But it’s more than just including such materials in my profession and ministry. It’s a way of living before the eyes of God that I learned from the Puritans through Dr. Packer. Dr. Packer was for me a living Puritan portrait exemplifying the famous words of Peter Bulkeley, “If God be over us we must yield him universal obedience in all things. He must not be over us in one thing, and under us in another, but he must be over us in every thing.”