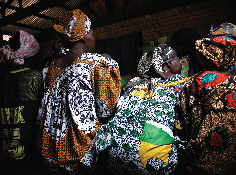 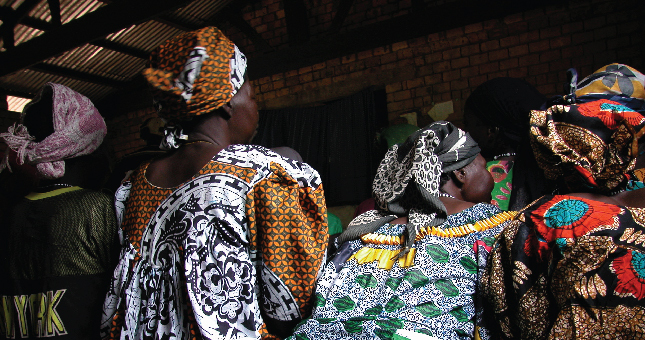 Randal Rauser is Professor of Historical Theology at Taylor Seminary in Edmonton, Alberta. He is married to Jasper and has one daughter and two demanding dogs. Randal has published several books including What on Earth Do We Know about Heaven? (Baker, 2013) and Theology in Search of Foundations (Oxford, 2009). Randal blogs and podcasts regularly at randalrauser.com. He graduated with a PhD in theology from King’s College, London (2003), and with an MCS from Regent College (1999).

“By this everyone will know that you are my disciples, if you love one another.” John 13:35

As everybody rose to sing Al stayed seated in the pew, arms crossed defiantly. He never stood during the choruses. Driving drums, distorted guitar, and vacuous lyrics. “They make it sound like Jesus is my boyfriend.” He muttered. “Everything sounds like it came straight off secular radio.” Al scanned the sanctuary. Granted, there were a number of new young families. But that seemed to be all this fool “worship” pastor cared about: “new, young families.” Al made eye contact with Fred across the pew. Fred was standing but he had a scowl on his face that could make paint peel. “I’ll have to speak with Fred after church,” Al thought. “It’s time to take action. Either that twit up there and his choruses go or we go.”

Emmanuel always felt the pain especially at Easter. It had been sixteen years since his wife and children had been massacred in the genocide. People had said that the pain would lessen over time. Emmanuel had believed them for a while. But he didn’t any longer. Every day he thought about his precious daughters. Today they would be young women, but instead they were cut down as young children. He looked around the congregation at the Hutu Christians is his midst. He’d never know all that they had done and failed to do. But he did know that in those horrifying weeks Paster Sebahive had refused to offer Tutsis sanctuary. Some reports suggested he had done worse things. Emmanuel couldn’t be sure, but he had his suspicions. Even so, he also knew that Pastor Sebahive had long pleaded for forgiveness. He admitted that he had not done enough to help his Tutsi congregants. And he had long been among the most active members of the reconciliation movement in the community. “Emmanuel,” he had once said with tears in his eyes, “I will forever live with the consequences of my sins. It is my agony that you must as well.”

In that moment Emmanuel had finally decided to forgive Pastor Sebahive, but it wasn’t easy. Still, as Pastor Sebahive’s deep baritone voice rose up from the congregation and out over the green misty hills of Rwanda with an impromptu rendition of “Amazing Grace,” Emmanuel felt just enough strength to forgive for yet another day.