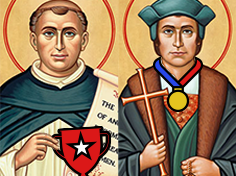 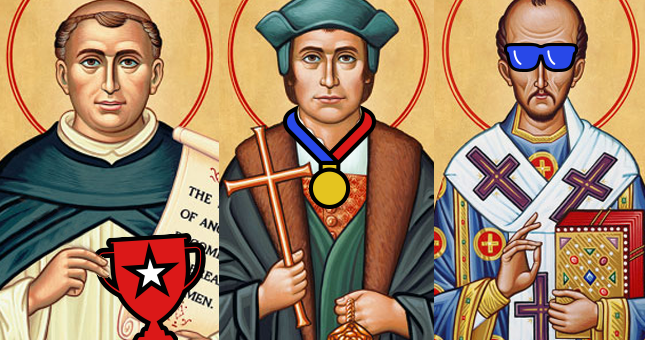 Derek Witten (MATS ’17) is the Senior Writer and Editor in Regent’s Communications department and Managing Editor of the Regent World. Once upon a time he was a Regent History TA.

Much less predictable (and shorter) than the Oscars!

One small tragedy of theological education is that Church History professors—due to limited class-time and, well, a sense of academic responsibility—do not get to linger on some of the more bizarre events of our faith’s history.

So leave it up to this article (and the forsaken corners of the theological-grad-student-blogosphere from whence it arises), to celebrate some of the most gloriously peculiar happenings which Christianity has witnessed.

This awards ceremony will honour, in five categories, ground-breaking achievement in comedy from the entire history of Christianity. Contestants are any and all contributors to the Christian tradition from Genesis to George Guthrie.

If you think I’ve really misrepresented any category, by all means, harangue me in the comments. Or, if you’re feeling constructive, offer an alternate suggestion for winners (or for that matter, for additional categories to the fairly arbitrary ones I’ve chosen!).

This award goes to the most humourous historical events related to the church calendar.

Runner up: The Affair of the Sausages

One of the most pristine facts in Christian history is that the Swiss love of sausages sparked the Swiss Reformation.

The short version goes like this: The church clock strikes Lent in Zurich, 1522. The nation begins to fast—compelled not just by tradition, but by law. Ulrich Zwingli, the Swiss Reformer, has just finished his book on Paul’s epistles. His staff are hunched over the printer, working overtime trying get the ink on the pages. Their empty stomachs are roiling. Finally, the leader of the famished book-printers, Christoph Froschauer, has had enough, and invites the lot of them to feast on some hearty Swiss sausages. They partake (although Zwingli abstains).

Froschauer gets arrested for his crime, and Zwingli is fed up. He pens Regarding the Choice and Freedom of Foods, which argues, employing the novel concept of sola scriptura, that an extra-biblical principle like Lenten fasting shouldn’t be enforced by law. Authorities are livid; pork lovers are elated; the Swiss Reformation has begun![i]

Winner: The Feast of Fools

For about 300 years in Medieval France, the Feast of the Holy Innocents and the Feast of Fools were widely celebrated from December 28 to January 1. They were, by all historical accounts, a really great time. The idea was to illustrate, right in the church’s liturgy, Paul’s idea that “God chose what is foolish in the world to shame the wise” (1 Cor 1:27). This was done by reversing normal Church hierarchies. Lower ranking church officials were permitted to perform the highest roles. A boy from the community would be assigned the “boy bishop.” In the monasteries, the youngest nuns and monks became abbot and abbess for a day. Also, they’d let a donkey walk down the aisle and the “song of the ass” would be sung, which “evoke[d] the beauty, strength, and virtues of an ass as it journey[ed] from the East, across the river Jordan, to Bethlehem.”[ii]

Predictably, the celebrations sometimes got out of hand. The feast was condemned by the Council of Basel in 1431, although it didn’t die out until the sixteenth century.[iii] All you pastors out there, I hope you’re getting ideas.

Thirteenth century chronicler Jean de Mailly tells it like this:

“Concerning a certain Pope or rather female Pope, who is not set down in the list of Popes or Bishops of Rome, because she was a woman who disguised herself as a man and became, by her character and talents, a curial secretary, then a Cardinal and finally Pope.”[iv]

This and other early accounts develop into a fascinating and pretty broadly attested belief in “Pope Joan,” the lady Pope. The story morphs its way through history, and by the fifteenth century her existence is quite well accepted. Jan Hus certainly believes in her, and uses her as evidence of the Pope’s fallibility in his heresy trial.[v] Pope Joan even gets a bust in the Siena Cathedral until 1601, when Clement VIII switches it out for a statue of Pope Zacharius.[vi] Alas, the growth of critical history around the sixteenth century (correctly) accounts for her as a creative myth, although the exact origins are tough to trace.[vii]

Today, you’ll find that the Catholic Encyclopedia is not her fan. Anabaptists feel free to bump this up to the winner slot.

Martin Luther’s prank was his grand finale knockout blow in his decades-long feud with Albrecht of Mainz. When the feud started in 1517, Luther was still fairly polite. He formally requests in a letter for Albrecht to kindly cease stacking the stones of St. Paul’s on the backs of vulnerable peasants’ theological ignorance. By 1542, however, it’s no-holds-barred for the aging, increasingly curmudgeonly Luther. Albrecht has just announced the grand opening of his relic collection, and it’s every bit as bad as it was back in 1517, with peasants being granted indulgences if they pay the entrance fee to view Albrecht’s relics. 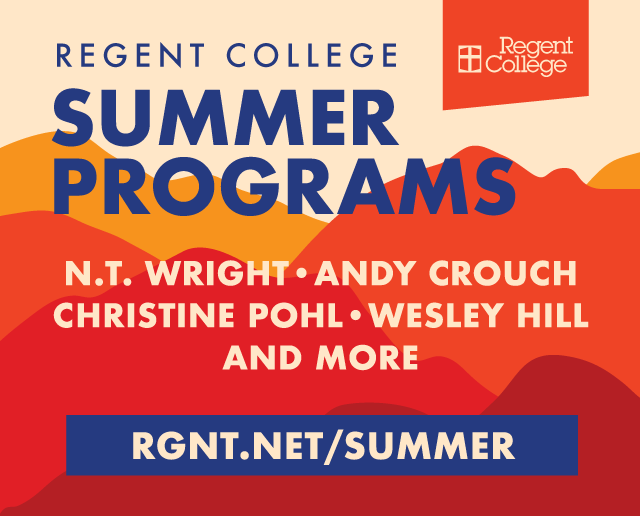 Shortly after the grand opening of Albrecht’s exhibit, an anonymous pamphlet is released, entitled the “New Pamphlet from the Rhine.” It announces a new exhibition accompanied by a special indulgence from Pope Paul III. The exhibition would feature a number of big draws, including


Luther let the pamphlet circulate for a while before owning up to being the author. Let’s all take a moment and imagine the jovial German around the table with his students drinking ale, belly-laughing, and brainstorming faux-relics.[viii]

The tragic Dane gets runner-up not so much for being funny and ironic as talking a lot about funniness and irony—especially in The Concept of Irony, which is the title of his doctoral thesis. Kierkegaard develops a very involved theory of the relationship between humour and irony to the Christian life. He goes so far as to say, “All humour [is] developed from Christianity itself” because it sets all existence in “Absolute Paradox.”

But unfortunately we have to face the fact that Kierkegaard’s humour is often more suited to smug intellectual harrumphing than actual laughter. In other words he finds weird things funny. For example he says, “It is just impossible to keep from laughing when I think of Hegel’s conception of Christianity—it is utterly inconceivable.” Yeah. Me too… Hegel, haha, man, that guy’s so dumb I just kill myself when I think about his ideas… Wait, who’s Hegel again? Not exactly the humour of the masses.[ix]

Surprise! Contrary to popular belief, Thomas Aquinas is actually aware of how ponderous his arguments usually are. Otherwise, how would he know it would be funny and ironic to write a scholastic article entitled:“Whether Truth is Stronger than Either Wine, the King or Woman.”

Spoiler alert: wine starts the round out strong, “because it affects man the most.” “Woman” delivers a mean counter-punch: “It seems woman is stronger because she commands even kings.” But then Aristotelian categories come into play (boring!), and truth wins again!

P.S. Lest you assume this was a one-off for Dr. Aquinas, just read his deadpan instructional on how to use humour to ease mental strain. That last line is a beauty.

This dubious honour goes to most over-the-top condemnation of dancing in Christian history. Competition was fierce.

“By the term dancing, [the Psalmist] does not mean any wanton or profane leaping, but a sober and holy exhibition of joy like that which sacred Scripture mentions when David conveyed the ark of the covenant to its place.”

I’m not one to defend wantonness or profaneness, but we’re going to need further clarification on what qualifies certain types of “leaping” as wanton or profane before we abandon our leaping for sober exhibitions of joy.[x]

Winner: John Chrysostom: The Homilies on the Gospel of St. Matthew

As much as we might think this wasn’t the finest moment for Chrysostom’s silver tongue—we have admit that jumping camels image is gold.[xi]

There is a morbid trend amongst whoever exactly it is who assigns patronage to Catholic saints. Let me explain by way of example:

Example #1: St. Sebastian. If you’ve ever been to a renaissance or medieval art museum, you’ve probably seen a statue or painting of Sebastian pin-cushioned with arrows. He was a Christian Roman soldier in the third century who was caught converting other soldiers to the faith, and sentenced to death by arrows. Today, no joke, he is the patron of, among other things, archery.

Example #2: The case of St. Lawrence is even more unfortunate. He was one of the seven deacons of the third century Roman Church. He was executed by being burnt alive on a gridiron. Today he is one of the patron saints of—and this is truly baffling—cooks.

Although, one contemporary author has pointed out, were he alive today, he might appreciate this bit of black humour: According to one of the popular legends about his death, after being on the grill for a while, he told the guards, “Turn me over, this side is done.”[xii]

Could there be a profound theological reason behind these morbid patronage assignments? Possibly, but someone’s going to need to explain what it is.

Runner-up #2: The Book of Esther

It’s the old story of the supremely ambitious, bloated-head buffoon getting dramatically deflated. Haman, who clearly has a flair for ostentation, makes two grand plans, both of which turn out exactly opposite to his intention. First, in his anger against Mordecai, Haman has a 75-foot gallows built, with Mordecai’s name all over it. Haman recites his second grand plan to the king when the king asks him for instructions on how he should honour someone who had done great service. Haman has mistakenly assumed it was himself the king wanted to honour.

The details are juicy, but long story short, Haman’s elaborate honour ritual gets performed for his nemesis, Mordecai. And it’s Haman who ends up hanging from the ridiculously tall gallows he had made for Mordecai.

You feel a bit awful laughing; but it’s hard to deny the dark humour in the narrative’s topsy-turvy reversals.[xiii] It’s like Shakespeare’s Malvolio, except instead of cross-gartered yellow stockings, there’s a noose.

William Roper, Thomas’s son-in-law, recounts the moments before the saint was decapitated for his stand against Henry the VIII’s Act of Supremacy:

“And so was he brought by Mr. Lieutenant out of the Tower, and from thence led towards the place of execution, where going up the scaffold, which was so weak that it was ready to fall, he said to Mr. Lieutenant, “I pray you, I pray you, Mr. Lieutenant, see me safe up, and for my coming down let me shift for myself.”

Sir Thomas then knelt, and after praying,

“he turned to the executioner, and with a cheerful countenance spake unto him. ‘Pluck up thy spirits, man, and be not afraid to do thine office, my neck is very short. Take heed therefore thou shoot not awry…’”[xiv]

Want more theological gallows humour? check out Hannah Coyne's reflections on humour in her role as a Palliative Care Chaplain in "Laughing All the Way to the ICU."