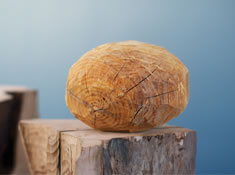 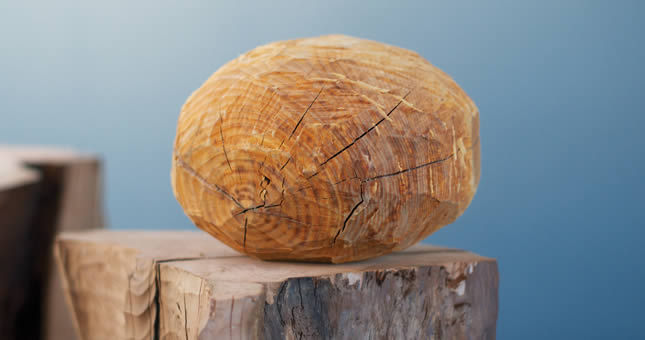 Dan Law is an artist, educator, registered nurse, church leader, and keen outdoorsman. He has worked in farming, construction, fishing, silviculture, and more. Before moving to Vancouver to study at Regent, Dan and his wife and fellow artist Mollie Law ran their own theatre productions and art classes in Tofino, BC. Dan and Mollie have four children.

Dan Law's sculptural installations made of hand-salvaged wood explore the boundaries between art, theology, and work. The installations were on display at Regent College's Lookout Gallery from April 3 to May 9, 2013.

As a defining element in installation art, the setting is integral to deciphering context and meaning. The Lookout Gallery, and Regent College itself, interact as major elements in the work as a whole. By simply placing a functional workbench in the gallery one could broach the question, “What is the work of academia? What is the relationship between the work of art and the work of theology? What exactly is being made under the green roof?" However, just as postmodernism is slowly giving way to a more hopeful and open meta-modernism, so too the power of the readymade is giving way to a renewed appreciation for artistic tradition and craftsmanship.

When placing objects within the white cube of modern art, questions of material, source, and production can become paramount. For instance, a plastic communion thimble may be a cheap and convenient option for a typical Sunday church service; however, when used in the context of an art installation, such an object would beg the questions, “What exactly is it? What is it made of? Who made it, and where did they make it?” The answers to those questions (i.e. it’s plastic, disposable, and made in a factory), can become comments on a Western opinion on communion itself. By utilizing wood as a sculptural medium, objects in The Workshop are meant to circumvent the industrial aesthetic; we are organic, earthy beings, and there is metaphorical power in the rough marks of a crude, hand-worked vessel.

I hand-salvaged or sustainably harvested all the wood used in this exhibition from various locations on Vancouver Island; each piece has a story that can be traced back to a specific patch of earth.

Family and friends also helped harvest the various wood pieces. My father-in-law helped with all the milling. Several family workshops became sites for production. In this way, the project was an extended communal affair that augmented the rootedness and organic nature of the work.

Though the subjects are primarily Christian, The Workshop is also fully indebted to developments in contemporary art. For instance, allusions to Joseph Beuys in Coyote and Faun acknowledge that not all good art is obviously decipherable - there is an undeniable richness in mystery. The allusion to Antony Gormley in Figures Descending acknowledges that (at least in respect to arts and theology), not all artists should take themselves too seriously.

In an increasingly disembodied and fragmented society, these works are meant to be touched, lifted, smelled, and at times, used. The possibility of viewer participation in The Workshop explores the relationship between artist and audience, and attempts to locate the seat of meaning as resting somewhere in between.


The works in the exhibition

Communion Set
Any discussion on the nature of Eucharist must first acknowledge that the elements involved are the products of labour; they are work.

Three Objects
This piece explores the boundaries between craft, art, and pure functionality. It also answers the question whether or not the contemporary fetish for low tech is merely a desperate attempt to create the illusion of individual agency in an overwhelmingly high-tech, market-controlled, brand-centred society. The bird has biblical allusions.

Coyote and Faun
This work should be taken in the context of I Like America and America Likes Me and the emergence of postmodern symbolist performance and installation art in the twentieth century. The boards appear as they would in any workshop, albeit slightly “tweaked.”

Ark and Bench
In this work, the relationship between text and image so delightfully exploited in good children's picture books is brought to bear on theology and the state of Christian art.

States of Undress
Creating this carving block and chair set was an oddly sensual experience. The work remains an ode to minimalist sculpture.

Descending Figures
This work is after Antony Gormley's Field series, except I made these myself, out of wood, and they're being baptized. The relationship between Christian artists and contemporary art culture is explored here.