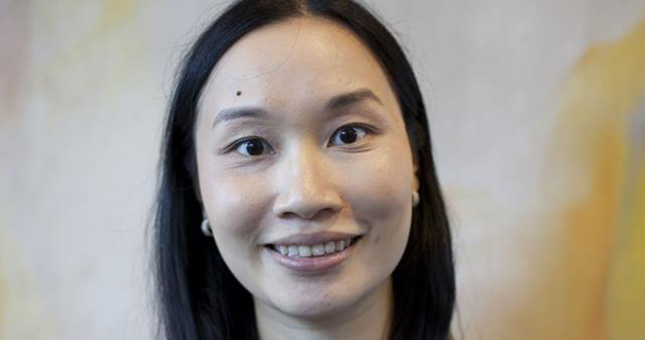 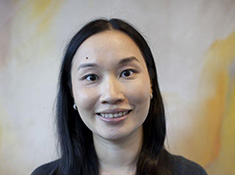 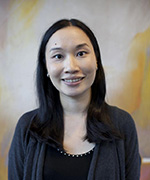 Gillian Chu is a third generation Chinese-Canadian citizen who grew up in Hong Kong and spent her childhood summers in West Vancouver. When she reached university age she chose to eschew both Hong Kong and Canada, moving instead to Edinburgh, Scotland. After completing her undergraduate degree she returned to Hong Kong to work as a chartered accountant. In 2015, she moved to Canada to study at Regent College. We sat down to speak with Gillian about the complicated reality of nationality, identity, and the many places she’s called home.

How long have you been at Regent College?

I’ve been here for a year. Prior to that I was in Hong Kong, doing seminary part-time and working full-time as a chartered accountant.

Is Hong Kong home for you?

You hesitate over that question. What does “home” signify for you?

Hong Kong was a place I knew intimately: I didn’t know otherwise. When I moved to Edinburgh for studies, it wasn’t home: I didn’t have anything else aside from the University. But moving here was different—it’s more full. I have a bigger community than I did in Edinburgh. Outside of Regent, I actually have a life. [laughs]

And the society at large in Vancouver is more like what I’m used to, surprisingly, than Hong Kong is right now. The atmosphere in Hong Kong is very tense: it’s not that welcoming. That’s where I grew up, but it’s become a hostile place. Vancouver has sort of retained the 90’s Hong Kong vibe that I grew up in, so it’s more like home.

So while my family has now moved back to Hong Kong, I see Vancouver as a place where I could potentially stay long term. And I’m kind of convincing myself to do that.

It sounds you think of home as more than a place. Is that right?

Yeah. I used to think that home was a place of origin and the immediate people right next to you: so as long as your family is there, it’s okay. But not so much any more: I’ve realized that home involves what’s beyond your immediate circle as well. That has been an interesting change since I moved here.

How does your faith factor into this?

As Christians, we’re meant to be in the world but not of it. As somebody who grew up in a non-mainstream way, I feel that quite intensely.

I studied at an international school as a kid, and that carried a sort of stigma: although I grew up in Hong Kong, people in Hong Kong never really considered me indigenous. I am indigenous: I look the part, I can speak the part. But I still didn’t completely belong. So it’s been really challenging for me to find a sense of belonging anywhere.

I used to work in the civil service in Hong Kong. They don’t usually hire people who have dual citizenship, and they don’t usually hire people who are educated abroad: I was the only one in my circle.  It was hard to find a sense of belonging in that situation as well. Knowing that I grew up in the exact same place, and yet was viewed differently, sort of disillusioned me about Hong Kong.

Being here is also challenging. If I were really an immigrant, that would make more sense to people. It’s confusing for someone who’s not Caucasian to be a Canadian born abroad. It’s hard to reconcile the usual understanding of identity with that.

I was interested in the first CTC class, which is about how our identity is shaped by Jesus as Lord. I think I feel that reality more intensely than many people because it is so difficult for me to belong anywhere. To be able to be not of this world seems to me to be necessary.

How do you reconcile that understanding of yourself as a citizen of heaven with commitment to the community God has given you here?

I think it’s about learning to live into this world, this community, instead of always thinking this is just a process to an end. It’s really easy to get lost in the question of what’s after Regent, rather than dwelling in the process. We’re exploring our calling at Regent, which makes it really difficult to settle. I’m always asking what’s next and what I can do now so that I can take my next step. I think at the moment I am learning to just immerse myself in the process rather than thinking of how I can make this into something else.

That question of being citizens of heaven and yet being in our community works the same way. I tend to think of leaving things when they don’t work well, but having commitments has helped me ground myself into what reality is now.

You’ve mentioned that your time in Edinburgh was difficult for you. Tell me about that.

That was the first time I was away from home. Vancouver is like Hong Kong—it’s almost like a good replica—but Edinburgh is anything but. I did a program where I was the only non-Caucasian. It was a huge culture shock.

Growing up in Hong Kong, being considered non-local by the locals, I felt somewhat that way about myself too. But moving to Edinburgh made me realize that I am more Chinese than I ever imagined. That was very perplexing.

I really plugged into college life, but I wasn’t engaged with society at large. That hindered my sense of belonging. Knowing that it would be difficult for me to stay—a company would have to want to hire me enough to sponsor a visa—also hindered my ability to settle. I saw my time there as a process: I knew that I wasn’t staying after 4 years. But when I moved to Canada, I felt that I might stay here for good.

This is a really small thing, but it got me thinking: I signed up for all the supermarket cards when I moved to Vancouver. I never did that in the UK. I lived there for four years and I never, ever thought I would sign up for a Tesco card: I didn’t think that I was going to be there long enough to make it worthwhile.

Vancouver obviously has a large Asian population, with a lot of diversity within that population: first generation Canadians, second generation, and so on. How has that impacted your sense of place and belonging here in Vancouver?

I think it’s about gaining some kind of street cred. I’ve actually been told by a friend, in my face, “you’re not really Canadian.” And I thought to myself, “what do you mean, really Canadian?” [Laughs] It’s true: I moved here last year—that’s the first time I ever lived in Canada. But for my whole life I’ve been Canadian.

The fact that I speak Chinese fluently hinders first or even second generation Chinese in categorizing me, and they like to think of me as a FOB. The concept that somebody can only be proficient in one language is so ingrained: there’s this idea that if I’m good in Chinese, my English should suffer in some way. To be able to speak Mandarin, Cantonese and English—to be equally proficient in each—it’s a concept that does not make sense.

You used the term FOB. What does that mean?

“Fresh off the boat”: somebody who’s just moved here and is trying to find their footing. And I am that in many ways, but at the same time I have a lot of other resources here simply because of my family roots, which changes that dynamic. I haven’t been able to find a community that I truly belong to among Chinese immigrants, because I’ve not met anybody else with the same experience. Either they moved here three generations ago and they’re still here, or they’ve just moved here. There aren’t a lot of people whose grandparents moved here and then their parents moved back. The Chinese-Canadians here don’t know how to deal with it, and to be honest, I don’t really know how to deal with it either.

Yeah. Saying that someone is a first generation immigrant—what does that mean? How am I different from them? Other than having celebrated Thanksgiving when I was younger and coming to Vancouver for the summers, we’re not that different.

Vancouver has been surprising for me. Although it’s been difficult to find my place here, I think this is as good as it gets. I never thought I would be able to find a place this comfortable, and to know that it exists—it’s just nice. I never thought I would move away from Hong Kong again, but now that I’ve moved to Vancouver I am very willing to call this home to a ripe old age.

Tell me a little about how your faith fits into your identity.

Well, I studied in an international school, so I was actually surrounded by people much like me. So growing up it wasn’t actually a problem, because I didn’t know otherwise: I was growing up with other people just like me.

But now I’ve got an added difficulty. I grew up as a nominal Christian: I’ve only been actually serious about this for a couple of years. And that change has made a difference in my relationship with my friends. These are the people that I can actually identify with, yet now we have such different values.

Have you found people like yourself in the Christian community?

Yes. But these might not have been the people that I would naturally gravitate toward, without the Christian side in play. I do enjoy their company, and we’re making good community and just encouraging each other, but I find it somewhat perplexing how I can be who I was and who I am: how the two can interact. It makes Christianity really weird if you have to change a set of friends after coming to faith. I still keep in touch with my friends from school, but the dynamics are so different. They feel there are things they can’t say in front of me because I’m in seminary, and I’m like: Dude, I grew up with you, I know you at your worst. It’s quite weird.

What inspired you to take Christianity more seriously?

It wasn’t like an epiphany: it was very gradual. I’d been attending church reluctantly for a very long time. But as I had a bit of a personal crisis, I continued attending church and was led to a place where I was invited to serve.

I grew up in a church where I’m still not seen as somebody who’s particularly spiritual. I was never invited to serve in any significant way that would plug me into the community. I moved on to a different church that was noticeably more secular, which was where I was at the time, too. And, interestingly enough, it was at that church that I was able to engage more and build up my spirituality.

Actually committing myself to a community—a fellowship group—built my faith. It built my desire to know more about God, to actually find out what in life I can be doing and how I can relate him to it. And since then, I’ve found it’s been more satisfying walking with God than otherwise.