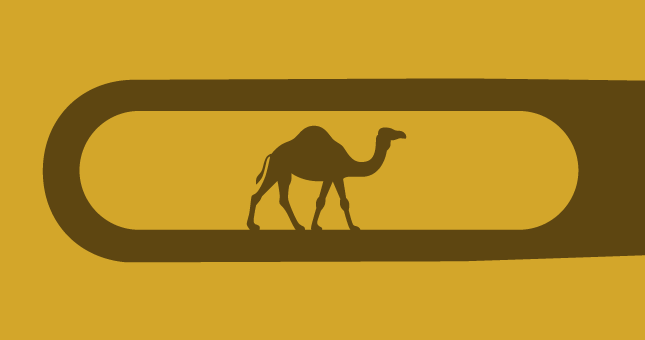 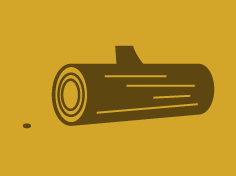 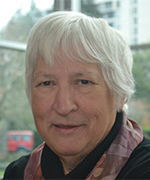 Susan is the National Advocate of the Grad Student & Faculty Ministry for Inter-Varsity Christian Fellowship Canada, and a Campus Staff Worker at UBC. She came west from Nova Scotia in the seventies to study at the newly-founded Regent College. She has taught Bible Studies and led retreats and conferences in a wide range of locales and contexts, and is currently writing a book on how Jesus taught.

Was Jesus funny? Did laughter ever ring out on the hills around the Sea of Galilee as Jesus spoke to the crowds about matters of life and death, of faith and love? In Jesus’s teaching we find a range of humour: sometimes subtle and lurking just below the surface, sometimes ridiculous in graphic images, sometimes gentle. His teaching encompasses not just witty wordplay but jolting hyperbole and complicated irony. What would it be like to laugh with Jesus?

In the Semitic tradition of Jesus’s day, hyperbole—the creative use of exaggeration—was a common form of humour. Jesus used it to produce startling images: a lustful man plucking out his eye (Mark 9:47), a camel struggling to go through the eye of a needle (Matthew 19:24), a person tossing valuable pearls to a herd of pigs (Matthew 7:6). The absurdity calls out laughter, even if it is nervous tittering. But something else is happening. The hyperbole pushes the listener from “That’s ridiculous!” to “Hmm ... that’s interesting,” to “Maybe Jesus has a point. What is this guy really saying?” It offers people a new way of thinking about themselves and their world.

Imagine this situation as a cartoon. The hyperbole creates an image of a large piece of lumber sticking out of someone’s face. How can anyone be so inwardly blind (quite apart from the obvious impairment caused by the log)? How can he not notice his serious problem? Is it possible to miss something so important? Should I spend more time on self-examination and less on pointing out the faults of others?

Sometimes Jesus’s use of hyperbole introduces startling possibilities. For example, there was the time he challenged one of the most cherished religious ideals—that material wealth was evidence of God’s favour. Surely rich men would take positions of power and honour in the Kingdom of God, just as they did in any orderly society? How could anyone think otherwise?

Here we have the camel picture: gangly legs and long neck jerking and straining to get through a needle’s eye. The rich might not be part of the new order—that radical and amazing Kingdom which Jesus constantly invited people to enter. Taken literally, it would be completely impossible, but a few thought it might be possible: “The disciples were amazed, and said to each other, ‘Who then can be saved?’” Jesus does not say, “No, you misunderstood. I was just joking.” Instead he gives further food for thought: “With God all things are possible.” We have one outrageous statement about the impossibility of the rich entering the Kingdom followed by an equally preposterous suggestion that even hyperbole can contain truth. The impossible becomes possible through the power of God.

Irony: A Study in Contrasts

After the humour of puns and hyperbole, the humour of irony presents itself as subtle and nuanced. Its effect often lands later. Like the other two, it produces a range of emotions from mild amusement to anger to wry acknowledgement of truth.

The kind of irony that says one thing and means another depends on the tone of voice and the situation: “Great game!” mumbles one disgruntled baseball fan to another as they leave the scene of a devastating loss by their team. The fellow fan knows that his friend means the exact opposite of the words he just spoke. The contrast between truth and reality in the context renders the real meaning clear. Two discouraged fans may even derive a sense of commiseration from the discrepancy.

Similarly, when Jesus was criticized by religious people for his friendship with “sinners,” he wanted them to view their words from another perspective. In Luke, Jesus reminds those self-righteous critics that they criticized John the Baptist for being too strictly religious and now were criticizing him for being too religiously lax. He shows their inconsistency as foolish, noting that “wisdom is justified by all her children” (Luke 7:35). The critics certainly believe they are wisdom’s children and Jesus seems to call them that. But he has just described their foolishness. Like the “Great game!” comment, calling their folly “wisdom” is meant to call forth an agreement on their folly—but it was a great game for fans of the other team. Jesus’ true assessment of his critics is passed on by a truism—“Wisdom is justified by her children”—which is believed by his listeners but does not accurately describe them. Complicated. Subtle. Effective? In Luke’s account we are given no clues about Jesus’ tone of voice. In the bare account, the impact is lost. Yet the end result remains: the critics, who think of themselves as righteous and wise are shown to be foolish. By implication, the wisdom of the “sinners” lies in their eagerness to listen to Jesus.

Sometimes the contrast between the seemingly obvious truth and an opposite, hidden truth slips into black humour. One may have to suppress laughter because the situation is truly serious. In the story of the rich fool (Luke 12:16–20), the irony results from the unexpected. The rich man has successfully stored a huge amount of grain. With the prospect of even more barns and wealth in the future, the rich man should live happily ever after. Instead, he dies. His great wealth has given him neither joy nor long life. A certain element of black humour comes from the contrast between the complacency of the greedy man and his swift demise. We don’t cry tears over his untimely death, neither do we rejoice. But a fleeting smile might cross our minds, perhaps at our own expense. I have occasionally envied the rich. The picture of those barns bursting with grain calls me back to reality. Greed does not lead to joy. My folly in thinking it might is almost funny.

The irony of the unexpected also creates a humourous twist in the parable of the Good Samaritan. The usual “good guys”—the priests—fail to act with compassion. Instead, the hero is one of those unholy, theologically erroneous Samaritans. He is brave and kind and generous beyond measure. It’s a shocking, and amusing, reversal.

With a light hand, Jesus uses irony—but not too often—to challenge the status quo, to shift a false perspective, to offer a puzzle to be mulled over. New possibilities emerge: the rich don’t automatically get a ticket into the Kingdom. The inside matters more than the outside. Self-critique is at least as important as brother-critique. Greed may reap an unexpected outcome. Maybe Jesus’s crazy Kingdom really will come.

Some may have laughed at Jesus’s wordplay and subtle irony, and some may have gone their own way—admiring but unmoved. Surely others began a journey into truth, wooed by the fun, but challenged to re-visit preconceptions. Perhaps others had a sudden revelation, the humour piercing the barriers to understanding and light flooding in.