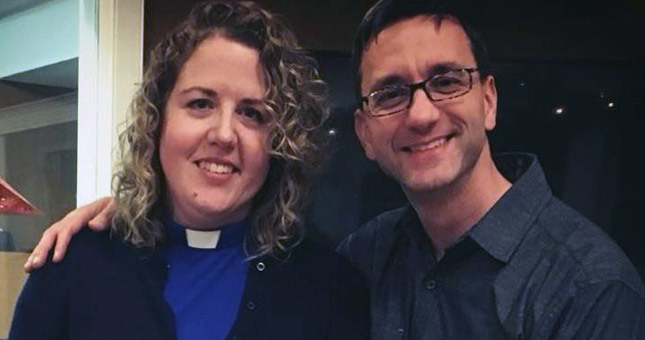 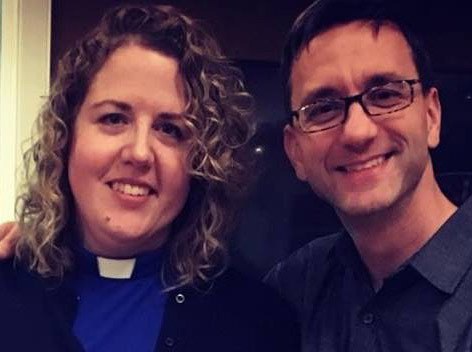 Anna Spray (Regent College, MDiv 2006) is a pastor, podcaster, and writer in Victoria, BC. She has written for Faith Today and is currently working on a book about fertility and discipleship. She is married to Regent alum Jacob Buurma and they have two girls.

When I started at Regent College in the fall of 2002, I had heard tales of the famous faces I might see there, and J. I. Packer certainly loomed large. A giant of the Anglican church, his books sat on my parents’ shelves and his words were quoted by my childhood priest.

Imagine my surprise when I attended the first day of my Systematic Theology Overview class and found an unassuming man who loved for us to sing the doxology together and spoke in such a soft tone that you had to carefully attend to his words to glean everything.

I cried that day in his class. I had never sung publicly in a classroom setting. I had never prayed with fellow students and teachers. I had attended public school my entire life and had never shared mutual faith with my day-to-day companions. Sometimes it had been far easier to put my head down and not share my faith with anyone. When Dr. Packer had us stand and sing the doxology, I cried. It was beautiful. I had come home.

As a child of the Anglican church who grew up in the 80’s and 90’s, I have seen my share of theological disagreements. But I have never seen anyone disagree so kindly as Dr. Packer did. He would often say to his students “feel free to disagree with me until you feel you no longer are able to,” meaning we were free to have our own opinions, but we would soon see his reasoning was far better than ours. The majority of the time, he was right. This kind of humbling experience was good for us, and often transformed young upstarts who came to seminary wanting to “take on” a theological giant. It’s comical reminiscing about it now. Who could be at odds with such a kind, courteous person with such gentle humor?

He called his appointments with his students “interviews’, meaning WE were interviewing HIM. HE was on the hotseat! Sitting across from him, he would look at me keenly, genuinely interested in what I had to say. I was always so nervous, uncertain if my questions were valid or articulate. But my inferiority complex was in my head alone; he had nothing but grace and mutual respect for me.

As a student I interned at a church unaccustomed to female preachers. When I arrived on the appointed Sunday morning, Dr. Packer was the celebrant and my presence caused a small stir amongst the tiny congregation. They were unsure what to do with me. Would it be business as usual? Dr. Packer assured them that this was completely normal—the service would be done as it always had been, the student preaching, then assisting at the table.

During my sermon, he sat with his eyes closed. I wasn’t sure what this meant. It was early in the morning, but he was an early bird. Imagine my surprise when at my conclusion he proceeded to get up, walk over to the table and began to weave the finer points of my sermon (much improved by his re-telling) into the communion liturgy! My entire life in the Anglican church, and I had never seen anyone do that! It is something that has inspired me ever since that day and something I try to do whenever I celebrate at the Lord’s table now.

Although he and I interpreted the bible differently when it came to women’s roles in the church, he was a very agreeable person to disagree with. In addition to my early morning preaching, there were several other occasions where he specifically encouraged me in my pursuit of ordination. I know of other women who had similar experiences. As an ordained priest who has weathered the theological storms in the Anglican Church for the past decade, I marvel at how kind and encouraging he was, especially when we disagreed. He was a gentle-man who set an example that very few could live up to and I pray that I might do so.

I will forever be grateful to have known Dr. Packer in this way. It was a joy to be his student, and a blessing to learn through his friendship. I hope his years of kind faithfulness will live on in the lives and ministries of his students.