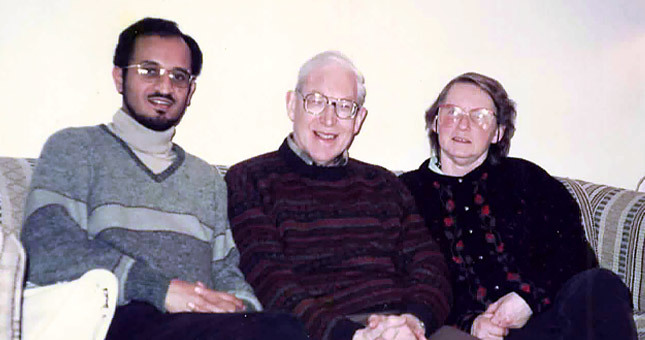 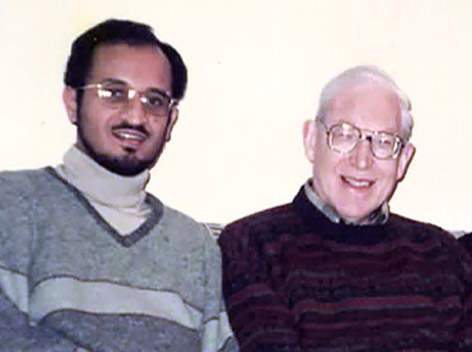 Ivan Satyavrata serves as Senior Pastor of a large multilingual congregation in Kolkata, India; its social outreach provides education and basic health care for over 25,000 children. He has authored two books: Holy Spirit, Lord and Life Giver (IVP) and God Has Not Left Himself Without Witness (Regnum)

It was a damp, dark Vancouver morning in the early Fall of 1989. My throat felt dry as I tried to cope with my trepidation. I was about meet my Th.M. thesis advisor, Dr J. I. Packer, for the first time—the J. I. Packer with the formidable reputation as a “Father” of twentieth century evangelical theology. My wife Sheila and I had arrived with our sixteenth-month-old son less than four weeks prior, and despite the warm embrace and support of the Regent community, my first experience in the west had not gotten off to a good start.

Those were the days when Pentecostals were frequently caricatured as theologically superficial and academically naïve. What possible common ground could there be for a conversation between a refined British Reformed Anglican, the doyen of sophisticated evangelical theology, and a young Assemblies of God pastor-teacher (near the bottom of the theological totem pole) from India? I anticipated some measure of patronizing cynicism and braced myself for the inevitable, wondering whether my Pentecostal identity would survive the rigorous theological scrutiny of this guru of Reformed Evangelicalism.

I participated in Packer’s classes and we became better acquainted during our thesis supervision meetings. Behind the seemingly reserved, British “stiff upper lip” demeanour was a warm-hearted lover of God who carried a genuine pastoral concern for his students. One of the high points of our time at Regent was a wonderful evening our family shared with him and his wife, Kit, in our home over an Indian meal. A photograph that captured that moment remains one of our family’s cherished treasures. I increasingly saw that Dr. Packer was a die-hard Anglican whose breadth of vision embraced all the people of God in every denomination—he even voiced a favourable appreciation for the missionary enthusiasm of Pentecostals. In the wake of his participation at the Lausanne II Manila Conference in 1989 he was asked about the session on the Holy Spirit that he shared with Charismatic leader, Jack Hayford, and he commented that whatever issues some evangelicals might have with aspects of Pentecostal teaching, you could not deny their zeal and effectiveness in winning people to Christ.

I was introduced to Packer’s standards of exacting and thorough scholarship in the gruelling first leg of my thesis journey, when the third draft of my thesis proposal was returned and I was asked to re-work it for the fourth time. I plodded on and submitted a draft about a year later, fully anticipating another long process of rejection and revision cycles. When my draft was returned, I found Packer’s comments required only a couple of hours of revisions towards final approval. Looking at me with a twinkle in his eye, he said “Now you know why I pushed you so hard on your proposal—when you have mapped out your course properly, all you need do then is to stay close to it, and it will come out right!”

Packer’s encyclopaedic grasp of church tradition brought a richness of reflection to issues, and unveiled a repository of unmined treasures. This was especially evident in his seminar courses where his comments would be laced with detailed references to a variety of sources, often even including chapter and page number! Especially valuable was my discovery of the early church fathers whose apologetic engagement with the Greek culture closely paralleled the endeavours of theological pioneers in the Indian context. In contrast to the early fathers’ affirmation of the Holy Spirit’s personhood, there is a marked tendency to de-personalize the [S]spirit in Indian pneumatological reflection. This has profound ethical consequences and far-reaching theological implications, which have since occupied my interest and become the basis for two recurring themes in my writing: the Christian witness to people of other faiths and the role of social engagement in integral mission.

Packer’s most significant contribution to my formation was undoubtedly the distinctive calling he modelled in his life and ministry. A distinguished scholar who could have pursued an illustrious academic career in any of the world’s prestigious universities, he felt called to invest his gifts to serve the Church and equip serious Christians for effective discipleship in the marketplace. I remain deeply indebted to this dear friend of Christ, servant of the gospel, and father to the church.