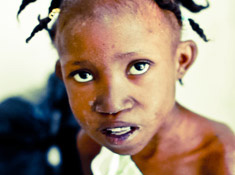 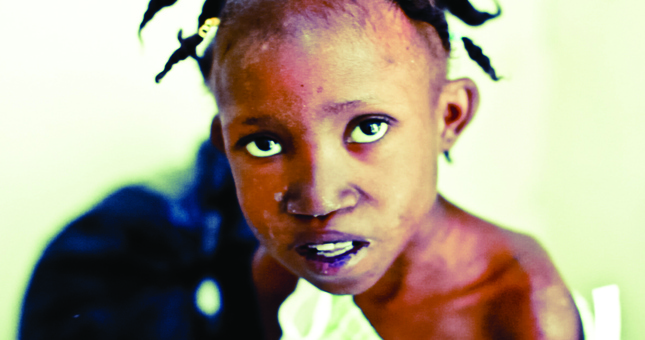 Film Spotlight:
I Am Your Father

Corrigan Clay (MCS ’08) is a trained oil painter, graphic designer, and filmmaker living in Haiti, where he and his wife Shelley founded The Apparent Project, an artisans’ guild and job creation program for the poor. Corrigan loves to write, play music, and play with his kids Keziah, Zebedee, Jackson, and Ember. He is currently directing a documentary film called A Precious Trade.

My Integrative Project in the Arts and Theology (IPIAT) was an autobiographical documentary film called I Am Your Father. The film was a modern interpretation of the Haggadah tradition, in which Israelite parents would explain the miracles of their Exodus liberation story to their children at the Passover Seder.

In this film, my own Haggadah, my intent was to make God known to my own children through the parts of my story that most profoundly impacted my awareness of God’s presence.

In my own life, hearing testimonial stories of God’s faithfulness and involvement in the lives of my family and friends carried power in building my faith and helped me see where God’s story intersected with my own. I’ve also found that the most miraculous moments or “God encounters” in my personal experience have been strangely easy to forget, but as I retell them I draw closer to God again.

This has become a kind of spiritual discipline for me, not to live off of yesterday’s manna, so to speak, but to have faith for my daily bread by remembering the many times that I was hungry and he filled my belly. I love the part in the Song of Solomon where the author’s beloved goes desperately searching for him and does not think of the right place to look until she begins describing him to her friends. Telling of the goodness of God helps me find him and helps my friends to know him.

The film is an ongoing work that I intend to update every few years as I grow older. I lost my own father to a plane crash when I was twenty-two, and while he communicated his faith to me, his life was full of secrets and contradictions that left me with troubling questions and a feeling that I didn’t get some of the fathering that I needed from him as I began my adult life. I’m sure this brokenness in me is what motivated this film project, and much of the work I do.

The portion of this project that was submitted for my IPIAT was the story of my childhood exposure to church and pornography and the difficulty of living a life divided by the sacred and the secular. I also examined how this division was mended by some Christian people who pursued relationship with me outside of the church, and by a prophetic dream and a vision of Jesus that coincided with the illness and the death of my brother. The film ends when I am sixteen, just entering into a more authentic relationship with Jesus. I hope to give the film to my children when they are around that age.

I have a few years to decide when I will show them part two. I’m not sure when or if I will release the film to a more general public. I used to think I would, but I don’t want to miss the opportunity for this to be a special gift to my kids. Maybe I’ll just let them decide whether or not to share it.

After graduating from Regent in 2008, my wife Shelley and I moved to Haiti and adopted two Haitian children. We came to Haiti thinking that we would start an orphanage, but soon came to realize that the vast majority of kids in orphanages in Haiti have living parents. This led us to pursue orphan prevention through creating jobs in the arts.

We founded The Apparent Project, a guild that now employs more than 200 Haitian artisans and sells handmade jewelry, bags, children’s clothes, and home decor around the world, while giving a dignified means for moms and dads to provide for the needs of their own children and keep their families together. Donna Karan, The Gap, Macy’s, Chan Luu, and Disney have marketed our jewelry, and our celebrity clients have included Bill Clinton, Oprah, Rainn Wilson, Olivia Wilde, Maria Bello, Petra Nemcova, Ben Stiller, and Kim Kardashian.

My wife Shelley leads the entire operation while I work behind the scenes on marketing and media stuff and in developing the ceramics wing of the operation with twelve Haitian ceramicists that were trained by visitors from the Grunewald Guild.

As a side project I recently co-developed an iPhone/iPad app called Red Revolution. Most of my time these days is devoted to working on a documentary film called A Precious Trade that will be finished sometime next year. The film seeks to educate international audiences about the complexity of the world’s orphan crisis, and how best to get engaged without causing an increase in child trafficking and orphan fraud.